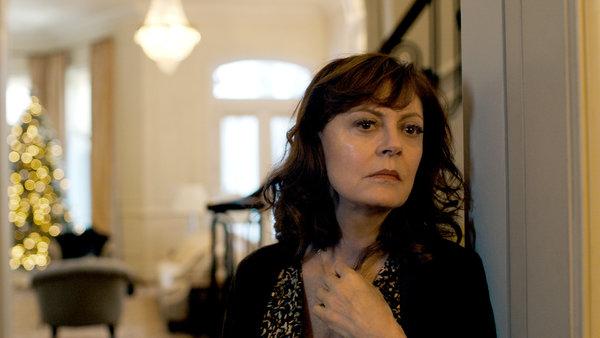 
An admirable, if meandering and open-ended drama with topical presence plays more favorably as a character study and probably better on the small-screen. Controversy surrounding its release has led to executives being charitable towards the family of a brutally slain victim in 2014 (James Wright Foley) on whom the story is presumed to have been based on.

Sarandon's unwavering upstate New York nurse Helen is not opening up to colleagues at the start of ISIS insurgents kidnapping her freelance war-correspondent son Andy (Julian Morris) in Syria with a huge ransom attached. The F.B.I. and State Dept. want to keep this matter on the Q.T. perhaps because of his professional status and aren't acting with any immediacy.

The title comes from Helen's attempts to bypass the sluggish probe which leads her to worldly, well-to-do Charlotte (an effective, if underused Falco) whose son suffered a similar fate, though all ended well in his case from the covert unit/on-line forum for imperiled journalists. Sarandon and Falco have noticeable snap together, but Viper Club doesn't have enough of that or enough apprehension to accompany the central plot. Unnerving video which surfaces includes a narrow escape from a school bombing.

The desperate attempts to get her son back often lose momentum because of reliance on Helen's professional demands as many a television series like E.R. may come to mind. She has the expertise to assist new docs in handling difficult situations or a mother grasp the dire situation with her daughter. Matt Bomer (Magic Mike XXL) and Sheila Vand (Whiskey Tango Foxtrot) provide some auxiliary weight in what isn't deficient in performance.

The perennial septuagenarian has a way to transcend the narrative ebbs which include her 'talks' with Andy or flashbacks to his youth. But, Sarandon shouldn't be required to perform to this level where vitality and susceptibility are evident in such a valued skill set. Some may wish it could have had the intrigue of an Iraq War drama she co-starred in with Tommy Lee Jones and Charlize Theron, Paul Haggis's In The Valley of Elah. Yet, her understated, empathetic character hitting high notes in the latter sections is let down by a premise not reaching resonant fruition.