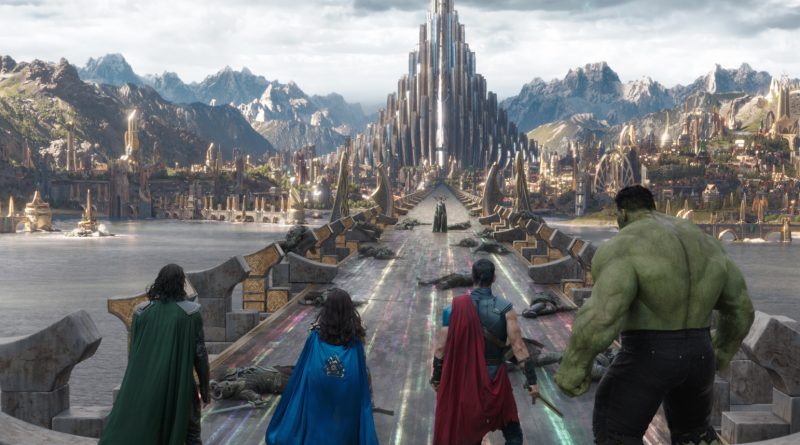 
Thor: Ranarok is the third Thor film in the Marvel Cinematic Universe (MCU).  This time we find Thor (Chris Hemsworth) trying to stop the Ragnarok prophecy which says that his home, Asgard, would be destroyed.  While doing this an ancient evil called Hela, the goddess of death, returns to conquer Asgard.

This film had a very different tone from the other films and in many ways felt like another Guardians of the Galaxy film, which really is a good thing in my opinion.  The film was filled with lots of quick wit and excellent humor.  The cameos in the film are also top notch with the biggest cameo being the now talking Hulk (Mark Ruffalo).  The film was nonstop and there really was never much downtime in the movie.  Even as I think back on the film now I don't believe I can think of anything that upset me in the film.  The acting was great, the soundtrack was addictive, the effects were spot on and the writing was some of the best the MCU has seen so far.

So in the end, Thor: Ragnarok is an outstanding addition to the MCU.  Even on its own the film is a standout.  This may be impulsive for me to say, but as I write this I truly believe that this film might be the best film that Marvel Studios has released.  I highly recommend seeing this as soon as possible.