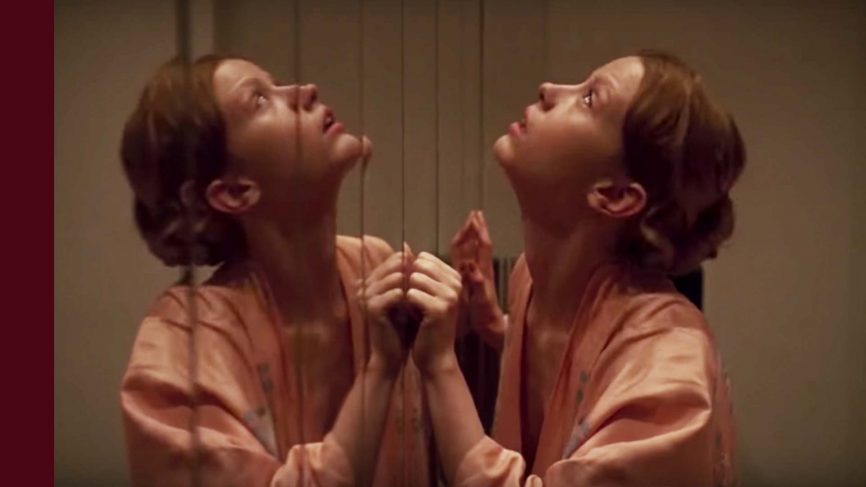 
The new Suspiria doesn't have the chimerical, hallucinogenic kick of Dario Argento's wispy, yet epochal, operatic tale of a young American dancer attending a German ballet academy, not to mention the disquieting wickedness. That extends to the deep hues of its bright fluorescent color palette — here a grayish beige.

Luca Guadagnino infuses his stylings with a cerebral touch that lets the air out of the tautly arcane having half a dozen chapters and an epilogue filled with many narrative strands and characters.

A re-envisioning with scribe David Kajganich includes abhorrent subterfuge, black magic, and sinister secrets through the young unworldly woman Susie, played by Dakota Johnson (currently in Bad Times at the El Royale, Fifty Shades Freed and Guadagnino's A Bigger Splash) in a still-divided 1977 Berlin. The runaway of a stern Mennonite clan is in a milieu where Red Army extremists exist, as well as an aging psychiatrist as the proceedings can avoid an insipid injudiciousness.

A favorite of the director in this Italian-American production is a quite watchable Tilda Swinton (also of A Bigger Splash and Only Lovers Left Alive), an inscrutable sorceress in Madame Blanc, the haughty veteran, chain-smoking instructor. Chloe Grace Moretz (Carrie, Hugo) is another trainee, Patricia, first seen quickly departing the institute as a connection to the outer discordant backdrop is made.

Though Suspiria falls short of a macabre, suggestively rococo ravishness often elusive from a devilish delirium due to a viable unreachable determination, the visceral and Grand Guignol invite a startling, lingering melancholy. An invitation to diabolism can be cinematically impactful, through the edgy score and captivating costumes (especially in variety inhabited by the chameleonic Swinton), even if the former doesn't have the spooky allure of Italian group Gobin's original. And, an anomalous, fiery setting with an impressive audition simultaneously depicts a most discomfiting sequence, a whipping, lurid contortionism not out of place with crackerjack horror strokes Argento would applaud.