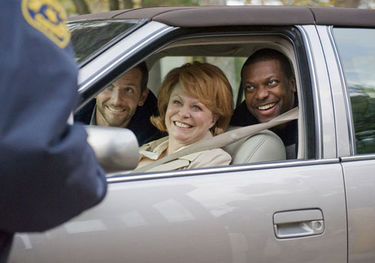 
The new heartfelt dramedy from David O. Russell displays his knack for projecting a distinctive cinematic vision, especially when it dysfunctional, eccentric families are ironically witty front and center. With the right advertising this could be his most commercially successful picture to date, after the fact-based boxing drama, The Fighter. When it comes to setting and working-class sensibilities it has much in common with the tale of Irish Mickey Ward, but some may draw a connection with a much earlier Russell movie, a wildly funny road picture about an attempt to locate one's biological parents, Flirting With Disaster.

Silver Linings Playbook stars Bradley Cooper, Jennifer Lawrence, Robert DeNiro and Jacki Weaver as Russell (along with an accomplished production crew) incisively and effectively adapts Matthew Quick's novel with unexpected warmth and humor from the unexpected circumstances that often hits so many. This time it's an emotionally instability, as well as the dealing and understanding of psychological distress and decay.

Cooper will surprise many as a troubled ex-teacher Pat remanded to his family's residence after eight months at a Baltimore mental facility. It's a chance to have some much needed quality time with his estranged family in the Philadelphia (Ridley Park) area. Ex-wife Nikki (Brea Bee) has a restraining order on a guy still in love with her. Some illicit activity by mother Dolores (Weaver) and father Pat Sr. (DeNiro) are key to their restaurant entrepreneurial aspirations.

Crucial to this sensitively drawn tale which looks despondency straight in the eye is the unemployed and newly widowed Tiffany (Lawrence) who comes into Pat's life. The crestfallen young woman has more than a promiscuous streak about her and will ultimately need a man with his own difficult personal ailments who is buoyed by the meaning of "excelsior." In a way she begins to stalk him through their mutual enjoyment of morning jogs.

Though what unfolds might strike more than an unpleasant nerve for some, a canny balance of writing and filmmaking adds up to an expressive, realistic portrait of family and relationships in all of its joys and angst. Whether its the way Pat's dad wants his son to share in his obsession with the NFL's Eagles (banned from attending their games because of pugilism) or the romantic inklings between Pat and Tiffany, there's an uncompromising adoration of a new hope. Even as Pat wants to reaffirm his true feelings to Nikki while Tiffany becomes rather fond of someone who is more than a therapeutic partner on the dance floor. The exchanges between Pat and Tiffany has an unusual perceptiveness that stands up to the gloomy uniformity enveloping them.

The possibilities of expounding well-wrought characters are there for the taking and this adept ensemble seizes it. It helps to have the fine casting extend in back-up for actors like Julia Stiles, Chris Tucker (fairly unrecognizable and alee from his Rush Hour characters) as Danny a recently released resident from the Baltimore institution who befriended Pat, and Anupam Kher (Love, Caution, Bend It Like Beckham) as a sagely psychotherapist. Pat Sr. who sees his own shortcomings through his bipolar son. DeNiro brings more to the table than he is in some time (with the same kind of ebullience as Jack Byrnes in Meet The Parents through Little Fockers). Yes, there is more here than in the visually vibrant, if uneven Limitless between him and Cooper who brings a welcome honest sincerity to a ranging role that Russell thankfully isn't too hard on.

On the distaff side, Bee capably fills out an ired, desired spouse, while Weaver (see her in the arresting drama Animal Kingdom) is solidly down-to-earth as the matriarchal figure. But, perhaps the linchpin in this revealing depiction of the struggles amid conventionality and inadequacy is the maturity that a canny Lawrence (the best thing about female-empowered sci-fi thriller The Hunger Games) offers in a poignant crowd-pleasing Playbook with lively, imaginative silver linings.