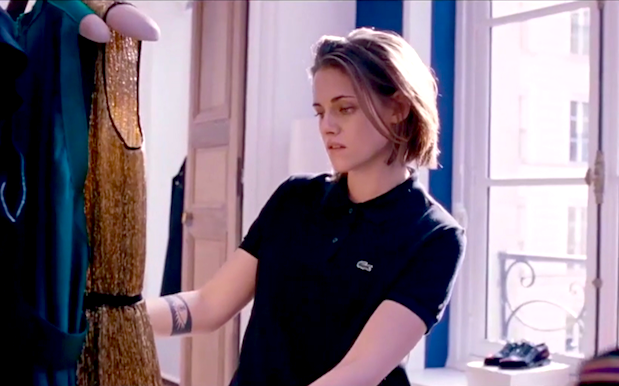 
Kristen Stewart's second outing with French auteur Olivier Assayas (after the well-received Clouds of Sils Maria) is doomed to have a short theatrical run in spite of the Twilight actress displaying inviting qualities at times.

Personal Shopper casts Ms. Stewart in the titular role of an American in Paris, Maureen Cartwright, doing assorted tasks for her demanding (who's hardly around) celebrity model employer Kyra (Nora von Waldstatten). Which include selecting and buying clothes.

The deliberate proceedings pivot around a promise a gifted Maureen made with her twin brother Louis who has lost his life due the same congenital condition both share. For some the connections of the mystical with the fashion world may provide a certain perverse pleasure after Maureen's visit to Louis's abode where 'contact' is made.

Stewart's turn has an introverted, surly manner about it as the set-up appears intriguing even during the calmer early reels when the pact is communicatively honored. Off-screen the actress has dealt with a recent personal familial loss which may have brought a more haunting result to the filmmakers.

Maureen's doctor wants her to avoid more excitable situations as the lackadaisical transitions to more ethereal bursts after the urging of her brother's girlfriend (Sigrid Bojaziz). Assayas, though, can't sustain a viable tension through foreboding instant messaging conversation from an unknown source as the steely young woman goes around by Peugeot scooter and heads to London and back. Even when missing texts arise the conflict doesn't truly resonate that may leave more than a few nonplussed even as some emotional release is intended through Louis's significant other and Kyra's former partner.

Assayas works elliptically with his production team to essay a raw, edgy psychological thriller with Stewart nearly occupying every frame which elicits notable contrasts from haute couture to the casual. However, the director's writing doesn't match the aura around grief to make it compelling enough (as much of the dialogue demonstrates). Thus, a presumably sentient Shopper leaves his able actress unfortunately more prismatic and shape-shifting (when not getting to don some swank threads) in a malformed, insular, and personal way.