The Old Man and the Gun 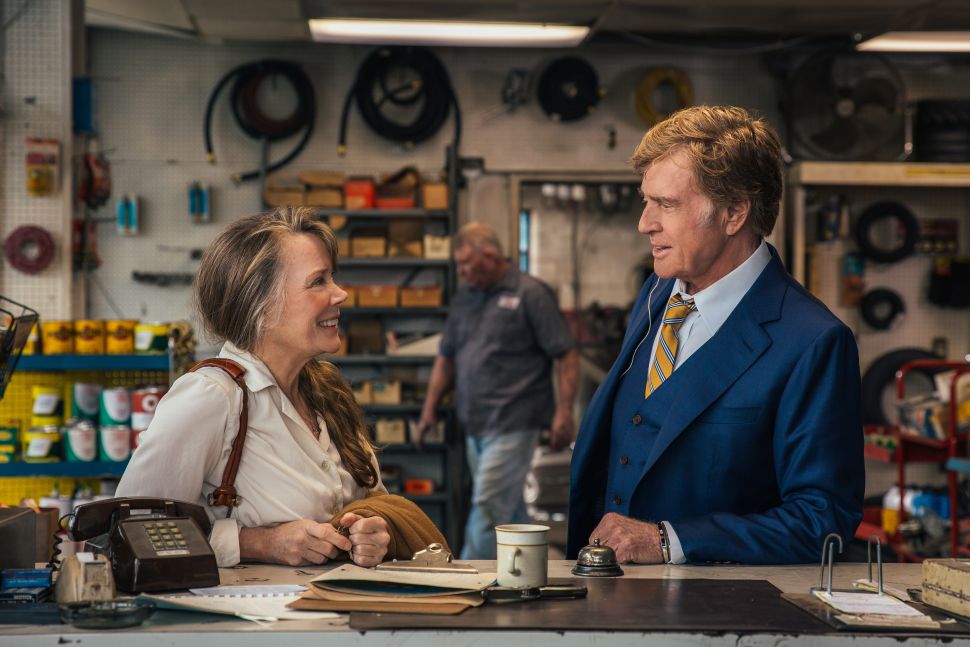 
Enjoyable and affecting in equal measures is what could be Robert Redford's final screen role, though the icon has reportedly given mixed signals of late.

The Old Man and the Gun also has Casey Affleck, Sissy Spacek, Danny Glover and Tom Waits, among others, on board opposite one of the most influential stars in show business, known as the Sundance Kid.

The very manageable running time leaves an ingratiated onlooker (probably most of the senior variety) wishing it could go on a little longer thanks in part to the amusing, witty tone established by helmsman David Lowery, a changeup from an oddly enthralling A Ghost Story which also featured Affleck. It's not one of Redford's finest films, per se, but it has a luminescent quality about it, proving that he still can thrive like he did in the lost-at-sea drama All Is Lost.

Lowery uses a New Yorker article for the inspiration of Redford's gentlemanly, nattily attired long-time small-time bank crook (often with hat and mustache as a calling card) and prison escapee Forrest Tucker (as the action is set in early 1980s and Tucker a septuagenarian). In his manner of doing what he knows he must do and loves it, Mr. Tucker's demeanor when doing his thing (sometimes abetted by cohorts played by Glover and Waits, the latter has a memorable story about his view towards a major holiday) doesn't leave the folks at the institutions very scared or upset when they fill his swag bag.

Affleck's crestfallen Texas cop John Hunt is drawn with sensitivity when law enforcement is notified about a new regularity to the purloining after he is a witness to what he deems 'The Over-The-Hill Gang.' It's a personal quest for a deferential Hunt to nab such an elusive sort who has a way of needling those on his trail. Spacek is just right as widowed retiree Jewel who meets and takes a liking to Tucker, not knowing the true extent of his nature, even as she briefly becomes part of his life's joy.

Lowery provides background to the many times the law-breaker would wind up having banks emptying their tills and he works well with his editors to include an old, little-seen clip of a less weathered, more handsome Redford, not to mention when he's seen on horseback. If it is the legend's last appearance, The Old Man and the Gun is an affectionate, nostalgic gesture to someone who has brought more than his share of body and soul to Hollywood.