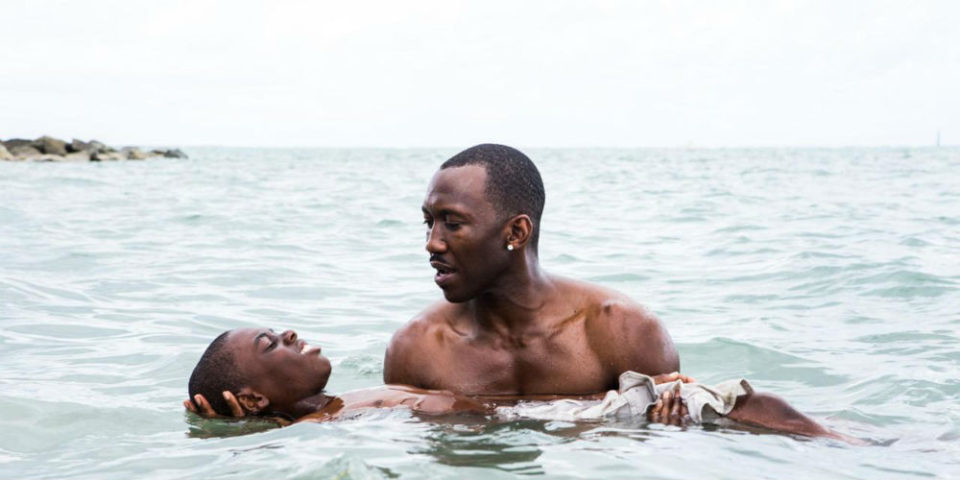 
A worthy, singular counterpart to Richard Linklater's top-tier Boyhood is this modest, but extremely well-polished three-part drama from Barry Jenkins. Which some also may find in parts akin to Precious and Brokeback Mountain.

Moonlight is his sophomore feature, and he avoids the jinx, transcends stereotypes and clichés to produce a raw, truthful account of a life of discovery, pain and passion as child responsibility goes beyond the family home.

A difficult neighborhood in 1980s South Florida is the chief setting for euphoria, persecution and terrible tailspins experienced by Chiron (played by Alex R. Hibbert, Ashton Sanders and Trevante Rhodes from youth to adult). The youngster is shy and diminutive, becomes an insecure teen, then finally a cloistered, resilient man.

The piercing, closeness captured without exploitation by Jenkins is augmented by lenser James Laxton uncovering the virility and heartache from the austerity of domesticity to the schoolyards with browbeating and drugs imperative to his existence moving forward.

A dealer in Juan (Mahershala Ali of Netflix's House of Cards) and Teresa (singer Janelle Monae) are the couple who open themselves to a boy neglected by his sex-peddling, drug-addled mother, a strikingly stark Naomie Harris of Spectre as Eve Moneypenny. Many scenes convey a spectrum of feeling from Juan's connection to the boy (dealing with identity issues) as he acts like a surrogate father from advice like realizing what you want to be.

A key figure in Chiron's vivid coming-of-age is Kevin (filled by Jalen Piner, Jharrel Jerome, and Andre Holland) connecting to the rapturous and coercion that affects a deepening friendship. A gracefully illustrated account locates a supreme excellence in simplicity to put Chiron's vagaries in perspective which ultimately is emboldened as it is afflictive.

A triumph of unexpected magnitude has Jenkins exacting uncanny performances throughout, but none more penetrating than by Hibbert, Sanders, and Rhodes. As a wonderfully affectionate Moonlight moves to a consummated pose after a violent passage the denouement with Rhodes and Holland merits more than its share of emotional dividends yielding a veritable deserving contender this upcoming awards season.