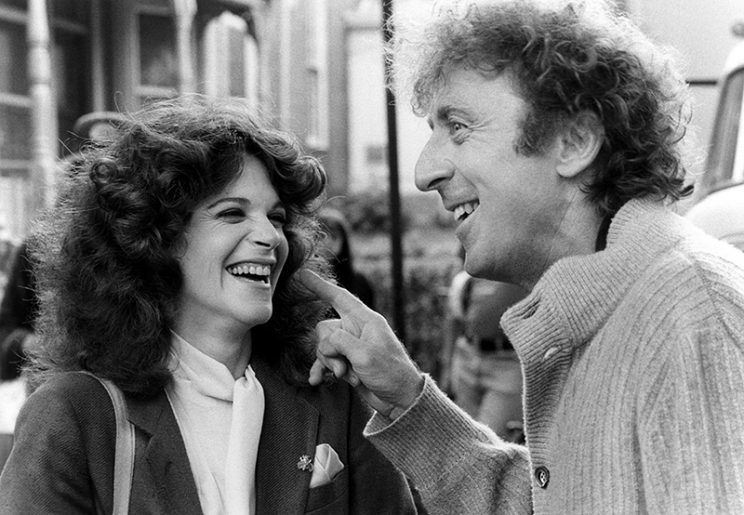 
This documentary brings prominence to Gilda Radner in typical biopic form though the find edit would indicate that more could have been included from her autobiography, It's Always Something. Perhaps director Lisa D'Apolito systematizes the information in a way that is fitting for the arc of the writer, actress, and comedienne (she was one of the seven original cast members of NBC's Saturday Night - which became Saturday Night Live - created by Lorne Michaels and developed by Dick Ebersol) from unassuming to grievous.

Love, Gilda has Radner providing the voice-over from her audiobook with more recent SNL 'Not Ready For Prime-Time Players' perusing her journals and letters like Bill Hader, Amy Poehler and Maya Rudolph. The sequential rendering of a life cut far too short from ovarian cancer (in 1989) definitely has some interesting accounts and other notable talking heads like Melissa McCarthy, Michaels, Chevy Chase, and Laraine Newman, to name a few.

A sparkling talent grew up in Detroit and her concern about her weight let to a use of stimulant (prescribed for ADHD and narcolepsy) which would lead to a number of health and nutriment problems and D'Apolito allows for her subject to graciously and honestly coping with it without any kid glove treatment as her career blossomed sketch comedy in Toronto, and her luminous time in the Big Apple opposite the likes of John Belushi, Bill Murray, Jane Curtin, and Dan Aykroyd. Her nanny Dibby was the basis of her funny character, hard-of-hearing news correspondent Emily Litella. Not to mention others like preppy Lisa Loopner and vociferous Roseanne Rosannadanna.

Love, Gilda sometimes has a perfunctory feel, but finally has an emotional sweep from her relationship and second marriage to the late Gene Wilder (with whom she co-starred in films like Hanky Panky and Haunted Honeymoon). It's not hard to see how Wilder became smitten with a troubled, ailing yet quite generous woman with home videos conferring a special union that is wrenching to behold.