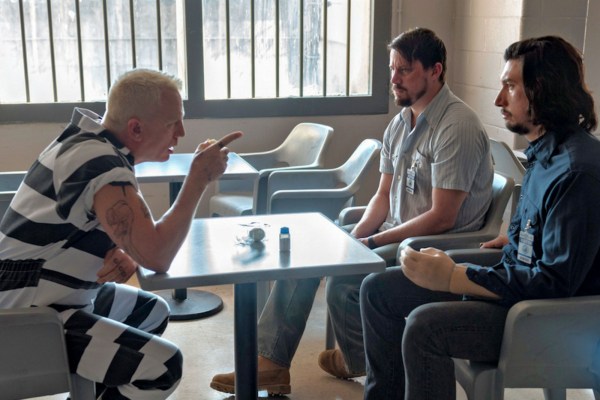 
Logan Lucky's title comes from the Logan family curse. All the family members have had some adverse situation that makes the whole family UNLUCKY, so when they plan to rob the stadium during the biggest race of the summer and rake in MILLIONS, you don't have much faith that they can pull it off. That is the start of this pleasant little movie. It starts as sort of a drama then quickly turns into a country caper with all kinds of possibilities for disaster.

Channing Tatum is very good as one of the unlucky Logans, a small town, ex-football player not entirely unhappy but struggling a bit with keeping a job, and with his ex-wife who has custody of his small daughter, charmingly played by Farrah Mackenzie. There is a motley crew of brothers and sisters, friends and criminal acquaintances that make for a fun romp through all of the phases of this hair-brained plan. You worry that it couldn't possibly work when your primary lookouts are found bobbing for pig's feet at the county fair!

There are a lot of moving parts and lots crazy characters, and Daniel Craig is totally off character playing the incarcerated Joe Bang. His look and his voice are totally different from what we are used to but he pulls it off. Part of the plan is to break him out of jail, plant the explosive and then break him back into jail. And when we find out his method of blowing up the vault, you just have to laugh out loud. It's like Oceans 1,000 when we find out all of the elements that have to click for success. The end is satisfying because just when you think it's over, there is one last monkey wrench that none of them know about right in their midst!

It is a fun and satisfying quick movie, there are elements of joy, modern family and small town drama that give this film a roundness, and you feel at the end that is has been all tied up. I would recommend it for the acting as well – Channing Tatum is getting better as he gets older, Katie Holmes, Hillary Swank and Riley Keogh add a good element to the story, and Adam Driver, the brother who lost a hand overseas, is lamenting about the family curse throughout the whole movie. This is a nice matinee treat, a cute summer movie that will give you a chuckle. Go ahead and munch out on some popcorn and enjoy the show!