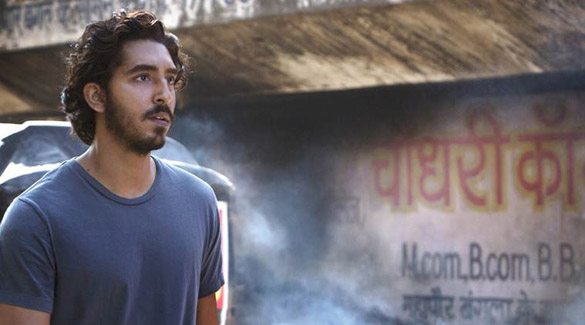 For Lion that's disappointing given its narrative pedigree from Saroo Brierley with Larry Buttrose, A Long Way Home.

Helmer Gareth Davis has certain attributes in the casting and production departments in this real-life tale that shifts between India and Australia.

The focus of what is enabled by identity, home and family is Saroo at first endowed winsomely by 5-year-old Sunny Pawar (who apparently knew little English when filming commenced).

The young Calcutta native gets separated from his beloved older brother lost in the streets miles from home, but luckily he'll be adopted into a warm, loving Australian couple - Sue and John Brierley (Nicole Kidman and David Wenham). The early sections are rather inviting in a milieu which shows much promise for Saroo who'll prove to be more interesting in a conflicted way than the proceedings itself.

From the byway views he'll spot where he came from to find his aging parent and jet back hoping to find his roots and reconnect while having an Australian accent and still very affectionate for Sue and John. It seems though that the actual story must have been more poignant and thoughtful than what the filmmaking and script renders here. Especially, in terms of the dialogue and situational segmentation which doesn't elicit noticeable narrative flow. Yet, the pristine compositions from Calcutta and Tasmania, in particular, provided by a gifted Greig Fraser (Zero Dark Thirty) is at least a visually scenic diversion.

While, most notably Pawar and Patel make Saroo interesting enough, especially in continuity and the latter going against his more soft-centered, upbeat type, Wenham has little to do, as well as Rooney Mara as adult Saroo's adoring girlfriend. And, the tall, still lovely Kidman isn't particularly satisfying as the selfless, concerned foster mother. Though the Brierley family visited the set during principal production, what was on the printed page just doesn't translate with the veracity and lively impact of what Danny Boyle did with Patel eight years ago in the stellar Slumdog.