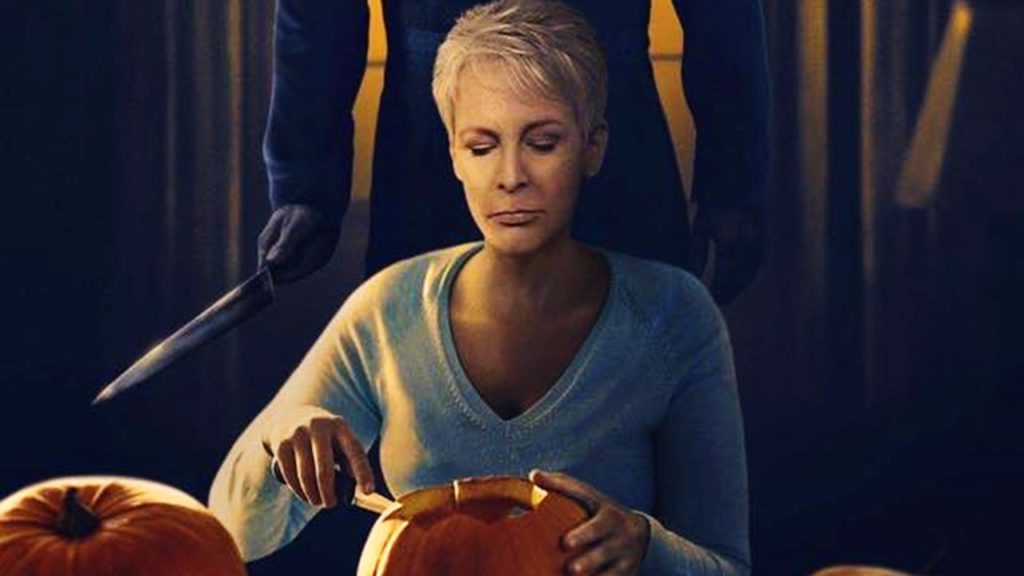 The older middle-age woman has an implacable paranoia that has remained since the Haddonfield, Illinois babysitter murders. This endless anxiety has alienated Laurie (Jamie Lee Curtis, who's been in solid fare over the years like True Lies, Freaky Friday, A Fish Called Wanda and Trading Places, to name a few) from her grown daughter Karen (Judy Greer of Ant-Man and the Wasp and War for the Planet of the Apes) and granddaughter Ally (Andi Matichak).

The Strode family is in peril once Michael (acted by James Jude Courtney and Nick Castle) escapes during a prison relocation and commences on another homicidal splurge. Under the capable direction of David Gordon Green (Stronger, All The Real Girls, Pineapple Express) who is also a scenarist with Danny McBride and Jeff Fradley there is a relatable current take on Carpenter's original concept even if the logistics may be a little askew. The Myers case is part of a podcast series, and Curtis has a daunting way with Laurie (she last inhabited the role in 2002s Halloween: Resurrection) in ways that ratchet up the apprehension. Especially in scenes with an accomplished actress like Greer.

Finally, the filmmakers render a serviceable production and a gratifying crest in the action where Curtis is in full badass mode like Ellen Ripley or Sarah Connor. Will it take a workmanlike successor to finally put the masked avenger to rest?