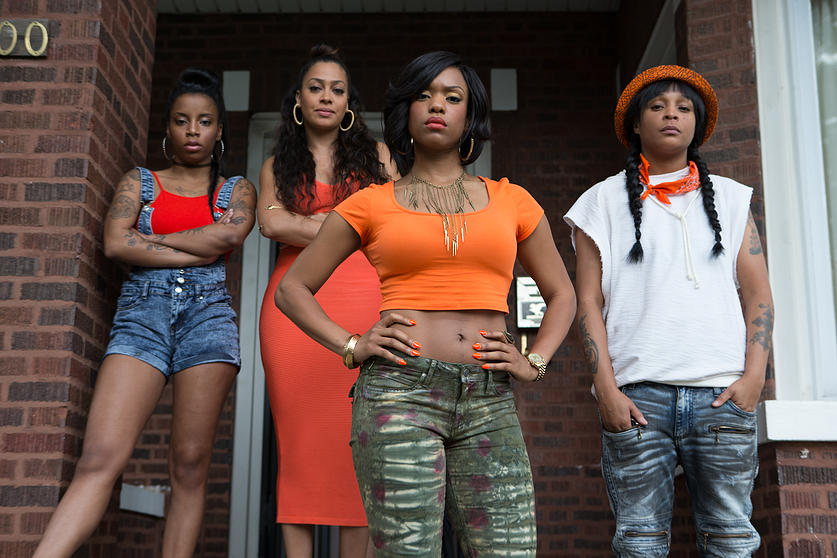 
Spike Lee's latest hot-button "joint" is an interesting, if discordant shifting genre riff on gun-violence in the Windy City in a slangy title with a racked Iraq backed by hip-hop sounds. A title-card reveals an alarming number of shootings there.

Chi-Raq stars Nick Cannon (spouse of Mariah Carey and remembered from the more rhythmic Drumline) with the eponymous nickname and Teyonah Parris of Dear White People. Lee and his writing collaborator Kevin Willmott interpret Aristophanes's Lysistrata through a gun-infested area and plays off a fallen school girl from a stray bullet. At least fidelity is kept by keeping the most harrowing sights off-screen.

Cannon's Demetrius is of the 'Spartans' and the rival gang is represented by Cyclops (Wesley Snipes of Brooklyn's Finest, and. from Lee's long-ago absorbing Jungle Fever with Connecticut native Annabella Sciorra). The very watchable Parris, as the source's verse is incorporated into the line readings, has her lobbying Lysistrata, Demetrius's amour, gaining favor with a pacifist (Angela Bassett) and a white pastor (a darkly coiffed John Cusack, saying much about this gang-related violence in a heated pulpit sequence).

Chicago has character presence in Chi-Raq thanks in part to the moody lensing of Matthew Libatique as a visceral, moody exertion that characterized arguably the filmmaker's most ebulliently poignant work Do The Right Thing. But, in what cites Walter Hill's The Warriors with empowered celibacy there isn't enough cohesive New Age earnest slam infusion from a playwright's less solemn side.