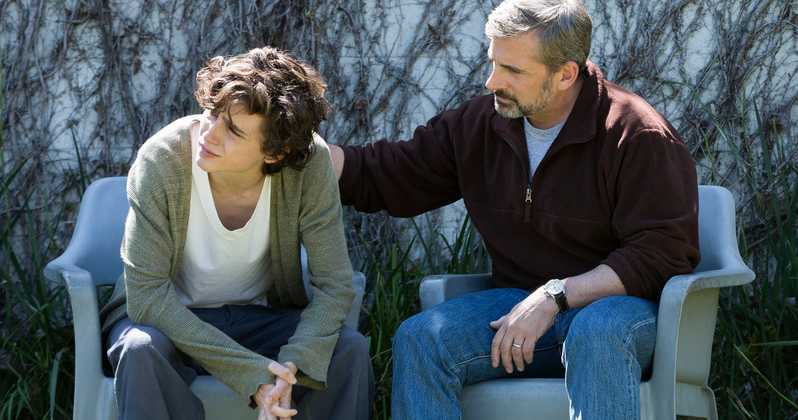 
A cycle of drug addiction wavers between grim reality and polished attitude in an adaptation of two memoirs from its key characters.

Most of the primary action takes place in the 1990s though there is plenty of 'looking back' sequences as Nic struggles from a drug addiction to heroin and methamphetamine featuring abuse, rehab, and relapse.

As hard as the actors immerse themselves into the material there appears to be a predilection of a calculated maneuver that prompts a certain reaction at a given time.

Not to say the filmmakers and performances aren't aiming for sincerity and genuineness in what the material presents from Nic responding negatively to understanding and advice. David, a reporter, investigates an "enemy," ultimately not receiving the idealization of his titular son, filled with raw angst and tenderness by Chalamet. They would seem to mean everything to one another as that word is lovingly whispered between them during an embrace, kind of like an inbred communication, later realizing its meaning and perhaps wondering why one of them hasn't matured from it.

A contemplative drama at times is not easy to bear, but less incisive and absorbing than similarly-themed destructive opuses like Requiem For A Dream though Van Groeningnen does his best to mine emotion from plenty of volatile situations. Carell has the less showy part, but can make scenes sear in the case of a phone conversation from his needy son. It's just a little more barren relative to what Chalamet brings to Nic's fractious, harmful experience.

The connections in Beautiful Boy may elicit power in some cases, but also may feel too affected as the characters duly inhabit their roles. Amy Ryan is the divorcee of David, and Maura Tierney is his second wife Karen whose plaintive frankness comes when her stepson tries to pawn house items. LisaGay Hamilton, however, may be the most significant of the auxiliary characters as a hurting parent in a support group who has disowned her child.