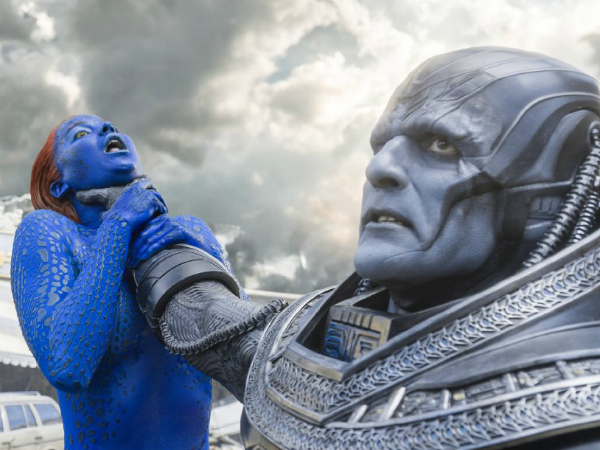 
This could have been a great X-Men film, instead it is somewhat mediocre. Great performances by Michael Fassbender, Jennifer Lawrence, and James McAvoy are suffocated by the overbearing presence of 'Apocalypse' (Oscar Issac). His character is overplayed and underwhelming, dragging the film down with him.

Issac looks like he would fit in perfectly with the Star Wars cantina characters, or a third rate version of Darth Vader on mind-altering drugs. It was nearly impossible to take the 'Apocalypse' character seriously. The plot holes concerning him are much too numerous; nothing adds up!

Just as we are finally getting to know the real 'Magneto', 'Mystique', and 'Professor X' – Issacs' clown character appears, and the film begins to devolve rapidly.  It's almost a remake of the previous installment where the world is coming to an end, with the X-Men coming along to save it.

The CGI is overwhelming, and adds very little to the storyline. The best special effects revolve around 'Quicksilver" (Evan Peters). Nicholas Hoult turns in another worthy turn as 'Beast', and Sophie Turner is outstanding in her debut as 'Jean Grey'. 'Wolverine' (Hugh Jackman) makes a brief uncredited appearance in a segment which is quite entertaining.

While 'Apocalypse' is hell bent on cleansing the world and starting over. We see visions of other films based on the very same theme.

It's Déjà Vu all over again!