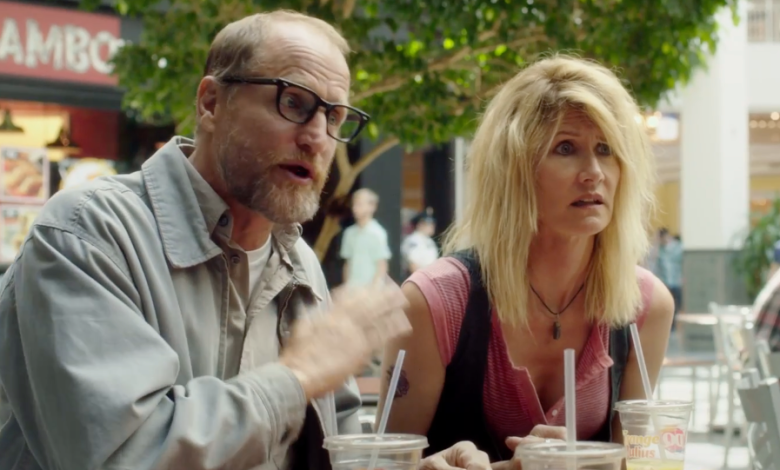 
A quirky comedy with decent potential falls into mediocrity proving that it's not so easy to adapt Daniel Clowes.

Wilson stars a weed-free Woody Harrelson and Laura Dern in another translation of the author's graphic novels, hardly as stimulating as Ghost World; probably for most discerning indie cineastes closer to the more forgettable, if occasionally wry Art School Confidential.

It tries to be brazen with vulgar flourishes, but the sophomore outing from Craig Johnson (who helmed The Skeleton Twins) doesn't have the bracing truth to go along with the caustic wit. Harrelson's eponymous jaundiced character is bitter about what civilization happens to be ('a scam') while interacting with those who would rather remain in their solitude.

The film's sketchy nature wavers from comedy to drama, but hardly in a nimble manner as Johnson's earlier foray demonstrated in surprising fashion. Harrelson puts the extra effort, most noteworthy in material that just doesn't support him and his co-stars like Dern's tawdry ex-wife Pippi who enlivens the proceedings when she appears. Respectively, Judy Greer and Cheryl Hines are mostly wasted here as Wilson's adored dog-watcher and Pippi's sister Poppy who is more like a narrative device who actually drains the precious life from what is pretty much by-the-numbers.

But, after a difficult start dealing with much crestfallen stuff for our neurotic, candid middle-aged protagonist, a glimmer of hope comes by way of the former couple's search for an estranged, left-for-adoption daughter Clare (Isabella Amara). The happiness of reconnecting and the possibilities from it after an amusing mall interlude begin to go by the wayside before a familiar arc finally comes to fruition. Given about someone very cynical about things like smartphones and video chats.

Too bad Wilson just mostly ebbs with cuteness (as represented by a damped-down production) than flows with subtle, piquant probity controverting its committed thespians, especially Harrelson and Dern.