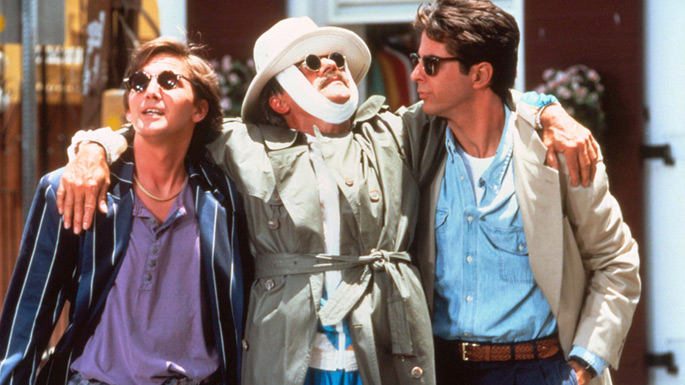 
Bernie's II is a rip-off sequel which producer Victor Drai should be ashamed of.

The only saving grace are the views of the beautiful U.S. Virgin Islands. Andrew McCarthy, Jonathan Silverman and Terry Kiser reprise their roles when it is discovered that Bernie had an account with $2 million in the Virgin Islands. The two young men cart the cadaver to the islands to get the money.

The script is an insult to the performers and the apparent disregard for the audience is evident in the shameful quality of the film and the obvious editing together quickly and without care for the result.