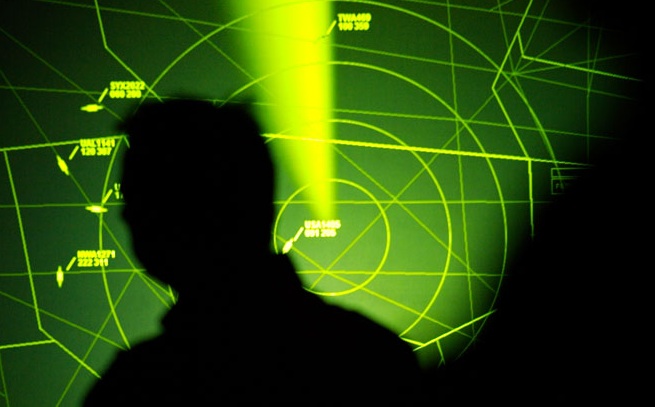 
Filmmaker Paul Greengrass (The Bourne Supremacy) writes and directs a screenplay that we all know from the September 11, 2001 air attacks on the United States of America.

Beginning and ending with prayer we find the hijackers at prayer as they prepare to take the fatal United 93 flight while we view cabs in NYC from above the sky scrapers. From the rituals and prayers we are transported to the hustle and bustle of the airport where everyone contributes to the confusion of the day. As we are introduced to the passengers and crew there is a feeling of the ghost of death hanging over each of them.

If the film has a documentary feel it is not due to a voice-over, but to a sense of reality magnified by the simple details of the flight. The cold hearted killers complain about the fog and the complexity of the air traffic which forces United 93 to leave Newark a little late. That late start is the factor that will lead to a tragic yet heroic ending, as we know they will end in a field in Pennsylvania rather than San Francisco.

The film is fascinating and compelling as we are given a view of action on the flight and on the ground at the various command centers. The use of handheld cameras is perfect here, it adds to the sense of confusion and tension and places us in the command centers and in a seat on the flight.

While the system appears in control we know a disaster is about to happen, flights quickly hit the twin towers and add to the dismay in the flight control centers as the tension becomes more dominate. While it is fascinating and riveting it's also filled with emotion as a flight attendant says "I'd like to be home with my babies."

This is a microcosm of the effect of chance on our lives. The late start allowed the passengers to learn that other hijacked flights were crashed into the twin towers and the pentagon giving rise to the knowledge that the only hope remaining was to capture control of the flight.

The balance between the ground and flight places us in a position to overview the entire range of tension, confusion and action as well as the frustration for the military who could not reach the President for direction and orders when it came to make the decision as to when flights should be shot down.

The hijackers appear as frightened as the captives and are not sure if they will complete their mission which they continually pray on. As time passes and the passengers knowledge of the other flights enlarges a collective decision to take action grows. At the same time anger against the arrogant captors swells and the plot to take back the flight gels.

While nearly everyone joins in the plan to attack, many reach loved ones on the ground expressing not anger but love for the folks they will never see again. It's love not hate that permeates the emotions of the passengers. As expressed in the opening voice over in the film Love Actually, love actually wins, even when a young woman calls home and says "I'm calling to say good-bye." In the end everyone is praying in their own way but to opposite ends; it feels like grand opera and it's just as tragic.

This is a brilliantly presented screen play, an emotional ride, a gut wrenching experience and at the same time one of the most uplifting films ever made. It's on my top ten list - this is a must see film.