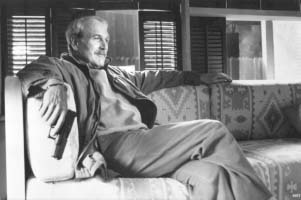 It's difficult to believe Paul Newman as a looser, but as Harry Ross, a former policeman turned detective, he is handed one losing hand after another.

Symbolically, he loses at Gin with his long time friend Jack Ames (Gene Hackman), at love he has lost Catherine (Susan Sarandon) to Ames, during his last case he was shot, and the rumor is that he was castrated by the attack.

In today's film market it is not necessary to have "stars" to have a successful film.  Titanic is creating stars, who began that project with far less respect and experience than those in Twilight.  At times stars in a film are there to cover a poor script or direction.  Twilight strikes a blow for the return of quality, mature performers.

Director Robert Benton moves the characters deliberately and cautiously, placing them in the path of an ongoing investigation and past sins which are about to come to light.  There is nudity and violence which enhance the understanding of the characters and show their desperation, but the emotions of the characters carry the film.

Ross is drawn into the intrigue when he is sent to retrieve Ames' daughter, Mel (Reese Witherspoon - A Far Off Place) from an affair in Mexico; she is fourteen and her adult lover is imprisoned.  From then on Ross is in the wrong place at the wrong time throughout the story.

The screenplay by Benton does more than hold interest, it creates questions that beg to be answered.  Before it is over a number of people who are part of a twenty five year old murder will die, Harry will have an affair with his best friends wife, graves will be uncovered, cancer will appear, a heart attack will interfere with love, a former partner will give Harry a break, a former policeman will be murdered, Harry will visit a rural house that has an empty swimming pool, a murderer will die and one will never be revealed.

This is what real Pulp Fiction is about, a detective who lives on little money and is constantly in difficulty.  His only salvation is his determination to find the truth.  Benton's work doesn't vary from the traditional film noir scripts of Raymond Chandler; it does, however, move the genre into an entirely new class.

The casting is brilliant, Paul Newman gives hope to all men over  fifty, he has his choice of a sophisticated sexy Susan Sarandon or a reliable dedicated Stockard Channing.  His work is a joy to watch.  Sarandon exudes sensuality and confidence and Hackman paces himself more slowly than most of his parts as a man who is not well and may be near death.  Benton adds considerably more to the cast by adding James Garner and a very sexy Reese Witherspoon.

Director, Benton has moved the forties cheap detective into the A catagory.

It is rated R for nudity and violence.