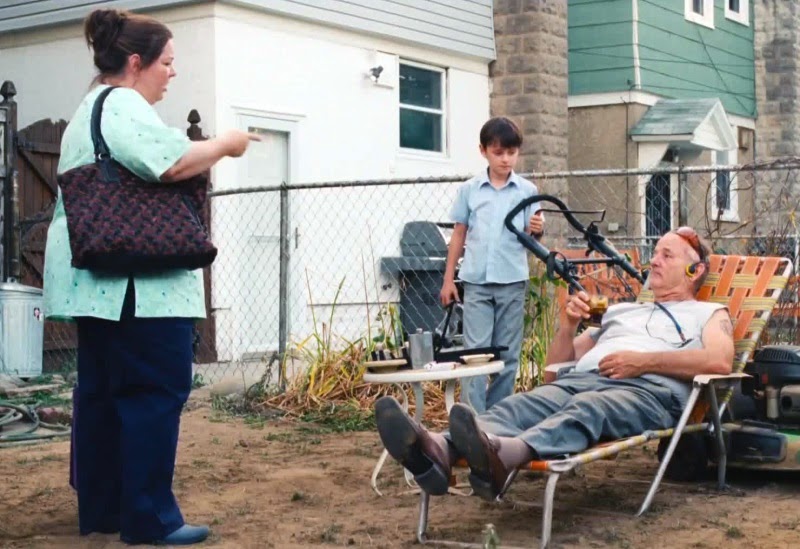 
Bill Murray (The Monuments Men, Grand Budapest Hotel) shines in this pleasing, if corny coming-of-age film in a leading role that for some (at this point in his career) might have him twinkle in Art Carney fashion in heading into the twilight of his career.

McCarthy blends pathos and wit rather well as single, hard-working mother Maggie who reluctantly puts 12-year-old sweet and scrawny son Oliver (a decent Jaeden Lieberher) with Vincent (in his squalor place) after settling into a Brooklyn domicile.

Vincent and Oliver develop an unlikely friendship with a pregnant pole dancer Daka, a surprisingly humorous Watts. And Murray and Lieberher have that on-screen connection that works even as trouble ensues with a bookie (a cameo for Terrence Howard). O'Dowd is the kindly cleric at Oliver's school and also helps on the levity scale.

It's the idea of reciprocation that writer/director Theodore Melfi handles well around Vincent's affection toward a dementia patient at an assisted living facility. Oliver gets help from the bullying by the irascible, sardonic older geezer who's never been seen as the gracious type, more mistaken than the responsive boy who matures. Even as Vincent's exposition becomes known through a latter school assembly that feels a bit dopey but most who'll enjoy Murray effortlessly ensconced in the transforming troublemaker role will leave with a smile.