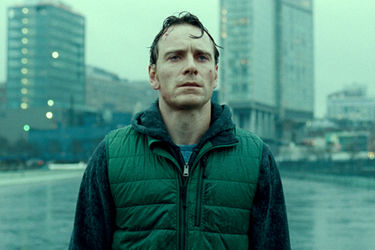 
Michael Fassbender slips into another difficult role for director (and writer) Steve McQueen (after Hunger) about a successful New York City office worker who shuns intimacy yet cultivates his sexual urges against stereotypical perceptions.

An adults-only, provocative Shame stars Fassbender (who's had a busy, productive year from Jane Eyre and X-Men: First Class to this), Carey Mulligan (Drive) and Nicole Beharie (American Violet).

McQueen's explicit, yet honest drama begins and ends on a subway and has qualities about it that will mostly lure discerning art-house patrons in specialized venues and has some emotional energy to burn around the intense addiction Fassbender's Brandon meets. He isn't your ordinary postmodern American Gigolo with sex on his brain, a complex, conflicted individual with baggage presumably akin with his ne'er do well, neurotic lounge singer of a sister, Sissy (Mulligan).

The deliberate, sensible work by the director (no relation to the long-passed Hollywood icon) as scribe pivots on Sissy crashing at Brandon's place which upsets his questionable quotidian after-hours halcyon; one that hasn't been detrimental up to this point. The title comes more into play once Sissy becomes attached to the unrelentingly flirtatious brother's married boss (James Badge Dale).

One senses a repressed time from some of the interesting scenes between Fassbender and Mulligan (who in close-up warbles a famous tune slowly to memorable effect), and insinuation of Brandon's internal heartbreak and dysfunction from being out with sweet, attractive colleague Marianne (a fine Beharie).