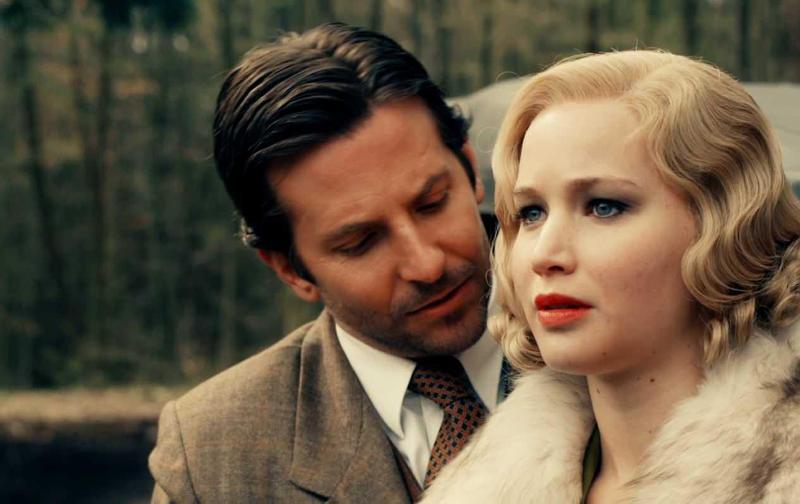 "Serena" was shot in the Czech Republic ( set in the North Carolina mountains in the early Depression era) with a radiant look like Lawrence's empowered and obsessive as well as alluring titular character (shades of Jean Harlow?) who gets quite involved in a very profitable male-monopolized logging business with boss George Pemberton, a smugly handsome Cooper.

"Beautiful, wounded, and mad for trees" is how the flowing blonde-coiffed, finally perilous woman is explained as she handles her white steed with elegance as the forward George proposes upon their introduction. And, the enamored newlyweds have passionate interludes, as the strong-willed wife becomes very influential as the Pembertons take down many a tree, often of the pine variety, before political clashing and lust lead to much perfidy including foul play.

For audiences into channels like Turner Classic Movies, it may call to mind at times some of the pairings of Robert Ryan and Barbara Stanwyck (Clash By Night and Escape To Burma perhaps formidable models for Bier), the filmmaking and writing (from Christopher Kyle) cut through the thorny environs without matching the verdant locales and finely furnished costuming.

The adaptation of Ron Hash's unpropitious period novel has Cooper and Lawrence doing heavy lifting (especially in the physical aspect of their relationship) to little avail, as the churning of jealousy and avarice becomes uncomfortably disconcerting and emotionally inert. Even as a sequence on a racing locomotive is a tautly mounted high point, the final denouement drastically dims any tension which may have more than one on-looker having "timber" pop-up in their mind.

Pregnancy and attitude shifting after seeing Rachel (Ana Ularu), a former pregnant amour of George's finally leads to shamefully foolish calamity a bit after "our love began the moment we met; nothing before that exists" is spoken by the woman who learns of illegal dealings in a growing consortium. This leads to indignation, especially concerning George's conspicuously close business partner/accountant Buchanan (David Dencik) and Sheriff McDowell (Toby Jones) who has interest in a park has him honing in on corporate impropriety. Rhys Ifans (Madame Bovary, The Amazing Spider-Man) is the former criminal, hunting tracker who becomes at least a confidante for a woman who gets involved with a business that proves very costly, notably for many of its laborers.

The efforts of Bier (whose oeuvre ranges from In a Better World to Things We Lost In The Fire) and her A-list stars backfires in part because the former isn't assured in how to execute the material of influential magnates caught up in corruption and murder and the latter are unable to generate a requisite amount of empathy or interest. Serena ultimately ebbs more than flows from a likely extensive editing process which diminish the potential balance and emotional resonance its actors and craft contributors were up to giving it.