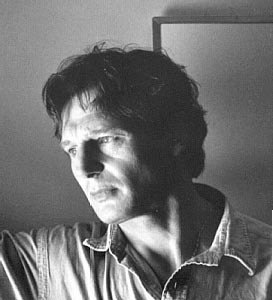 Although he was always a crowed pleaser, director Steven Spielberg frequently came up short with the critics - that is until now.  His treatment of Schindler's List, a fact based story of the Holocaust, is both emotional and very powerful.

Jewish laborers work in his shop making pots and pans, while Nazi soldiers watch over them, tracking their production and severely punishing slow work.

Schindler uses the money he makes to buy his way into Nazi favor.  He ingratiates himself into their private get-together, has his picture taken with them and sends them crates of caviar and fresh fruit so he can join in their private circles.

Ralph Fiennes plays psychotic Commander Goethes, who randomly shoots Jews from his bedroom balcony, between puffs from his cigarette.  Schindler parties and drinks with him and liberally bribes him for favors that help his company.

The first half of the film shows Schindler as a greedy, womanizing smooth-talker, who wore silk suits and drank the best wine.  A transformation slowly takes place when he becomes more than a disinterested party while viewing some of the atrocities going on around him.  His soft-spoken dignified accountant uses his influence with Schindler to sway his indifference to the plight of the Jews.

When the company and attached camp are to be closed and the Jewish workers sent to a concentration camp, Schindler uses his wealth to bribe Goethes to allow his workers to move to his hometown in Czechoslovakia, where he plans to set up a munitions plant.  He pays a certain amount for each jew he wants to take with him, and constructs Schindler's list, a list of Jews that will go with Schindler, and therefore be saved from the death camps.

When one of the trains carrying his workers is mistakenly routed to Auschwitz, Schindler courageously shows up with a bribe for the commander to buy his workers and their children back.  The horror of smoke stacks billowing thick black smoke in the background and gaunt, frightened people, unsure of their fate, being herded from train cars to buildings is unbelievably tense and wrenching.

Filmed in stark black and white and three and one half hours long, the drama is at times extremely difficult to watch.  Scenes of children running to hide beneath floor boards and in sewers and the killing of innocent people are brutally depicted.  Spielberg films many scenes as if they were newsreels; the result is devastating realism.

The acting is superb.  Kingsley is marvelous in his quietly important role, as is British actor Fiennes in a difficult part as the evil commander.  Neeson's performance is truly remarkable.  His goodness evolving so naturally, you can't imagine him making any other decision but to save the jews.

Schindler's List is one of the year's best films and certainly the most important film of 1993.  Amidst all the horror, one man can make a difference.  Spielberg can be proud.