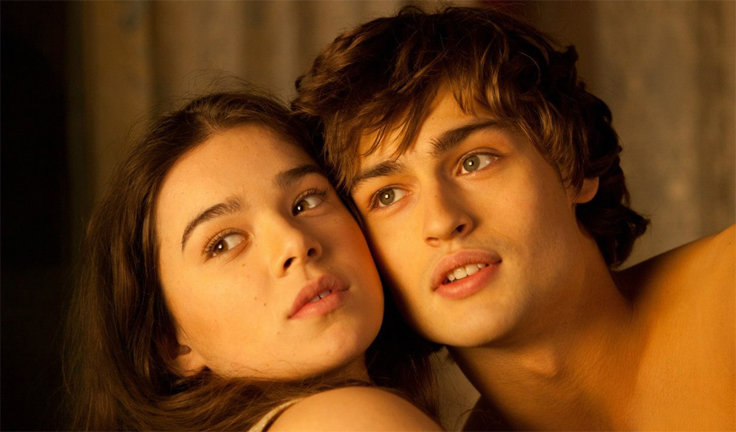 
There are so many interpretations of Romeo and Juliet both for television and film and it is impossible to list even a reasonable sampling as background for what has preceded this work directed by Carlo Carlei.

Franco Zeffrelli's 1968 production may be considered the best to date, but no longer following this production.   It is easily the best and the one we can imagine Shakespeare would have made if he had the tools of a modern film maker.

This is an opulent beautiful film filled with perfectly selected locations, art work, set designs and costume design.  There is an atmosphere of reality on the screen which moves us into what is presented as Verona for the location of the play.

If there is a glitch in the production it is the choice of Hailee Steinfield, True Grit as Juliet she is a cute young woman but not devastating as Romeo (Douglas Booth) describes, in fact Risaline played by Nathalie Rapti Gomes who has eyes for Romeo is far more appealing.  But apart from that the casting is beautiful.

We are first introduced to Juliet from a camera held low to the ground following her flowing lace skirt as she dances up a stone walkway moving in a floating young girl fashion.  She is young but strong willed and not interested in an arranged marriage.  That night she meets Romeo at a celebration and a little like in Cinderella they both fall for each other.

The story line is well known, so success falls on the production qualities and performances.  Paul Giamatti plays  Friar Laurence with the fear and limitation of a servant and the determination to do what is best for the young lovers.  Giamatti has become the best character actor in film today. His range from a tough gangster to this warm helpful priest are remarkable.  His face tells all, as the tragedy begins to fall in place.

With haunting music by Abel Korzeniowski, wonderful art direction by Gianpaolo Rifino and Amando Savola, beautiful use of sets arranged by Maurizlo Leonardi and Christina Onori with costumes designed perfectly by Carlo Poggioli all coming together, this version of the Shakespearian classic may be the best ever.

Leonardo DiCaprio and Clair Danes worked a spectacular modern version with guns rather than swords as they rode in hot cars rather than on horseback, to provided an interesting production.  Early on Theda Bara and Harry Hillard and Norma Shearer with Leslie Howard had a shot at the classic, but the feeling and emotion executed so beautifully for this production provides a new best in this classic which has regularly been made over and over again.

Shakespeare would be proud of this production, and we can just sit back and enjoy the best.