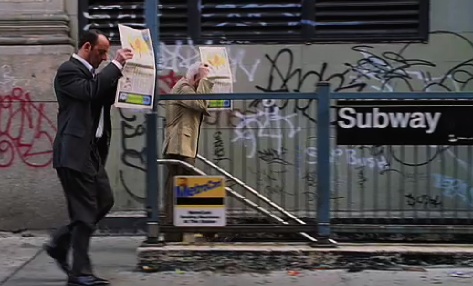 Sounds like fun, huh? Well, the premise of one comic genius taking over from another certainly must have sounded better than it ended up on the screen.

Kevin Kline is Clouseau's boss, Chief Inspector Dreyfuss, who brings him in to investigate the murder of a famous soccer coach. The man is killed in front of thousands of people watching a big match, and Clouseau thinks he is just the man for the job.

Dreyfuss thinks that the incompetent Clouseau will mess up the investigation, leaving him to solve the case in the background and get all of the higher-ups' praises. Since he wants to keep an eye on every move that Clouseau makes, he assigns a partner (Jean Reno) to drive Clouseau and report back his every mishap.

Beyonce Knowles plays the coach's fiance and doesn't do much but look pretty. Also, Kline, who is usually "right on" with every performance, tries out every face in his arsenal.

Directed and scripted by Shawn Levy (Cheaper by the Dozen) (the script co-written by Martin), has some pratfalls, a lot of sight gags, especially involving Clouseau's pants and a couple of laughs, but there aren't enough of them and the periods between are long.

Sellers didn't just portray this character, he became the character and it looks like nobody can duplicate the magic he gave us.