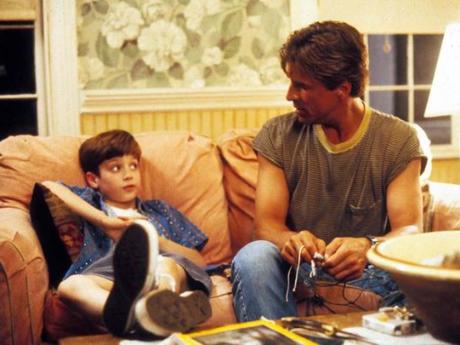 
Willard Young (Elijah Wood) is sent to spend the summer in a rural South Carolina town called Paradise. His mother's stated motivation is to allow her to give birth to her new baby without the burden of caring for Willard; her true motivation may be to help her friend Lilly Reed (Melanie Griffith) who cannot cope with the burden of the death of her three-year-old son.

Ben Reed (Don Johnson) Lily's husband, deals with the tragedy only slightly better than she does. He is initially gruff with Willard but quickly brings his young visitor fishing from shore and on his shrimp boat. Willard becomes the catalyst which begins the relief from the pain for the grieving parents.

Joining Willard is a sensitive little girl, Billie (Thora Birch). The spend the summer wandering the woods and wetlands near Paradise, while observing the antics of the adults in their lives.

Elijah Wood is warm and convincing as the young boy who is bright and learning during his summer away from home. He is completely natural in his role and always comfortable with a child's perception and questions to adults. Melanie Griffith, while exhibiting anger, pain and tension, conveys a warmth that the audience and Willard sense throughout the film. Don Johnson also stand away from Willard with words, but never rejects the young boy's reaches for affection.

Don Johnson was good in The Hot Spot, and Melanie Griffith has many fine credits in her career, but there performances outrank their past work.

Paradise has no tricks. It is the story of the journey of two good people who battle to overcome a tragedy with the help of an innocent little boy. Bring some tissue for the tears and expect a simple story, which will bring smiles from the kid's point of view. Strong effective drama about a family doesn't happen very often on the screen in today's action film market -- don't miss this one.