Out of the Furnace 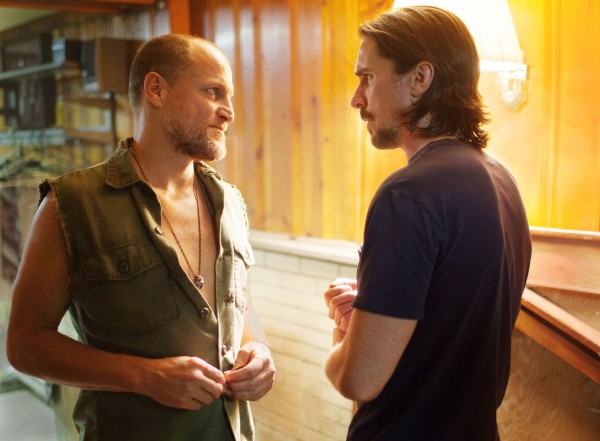 
Watching the trailers for Out of the Furnace the expectation is that this Scott Cooper film is about a revenge story, one brother out to do pay-back for harm done to his brother.  The script is much more about the mundane life of the brothers, father and uncle in low level jobs and the motivation for revenge doesn't arrive until very late in the film.

With the cast involved in the project we would expect a powerful, cohesive thriller filled with tension, danger and violence.  Some violence comes about but not necessarily in leveling of the score. That is reserved for the end of the film.

The young brother played by Affleck, refuses to work in the steel mill with his brother, partly because their father died from the effects of working in the hot fire holes at the steel plant. Bale the older brother is protective but ends up in jail following an accident which he may have caused after drinking.  With big brother out of the picture, Willem Dafoe sets up bare knuckle fights (which are fixed) for the young brother.

In comes Woody Harrelson, his character is defined in the opening sequence as he stuffs a hot dog in his date's mouth when she complains about the quality of food at the drive-in they are attending.  We quickly learn he is a sick guy.  Later we find he has a hold on a mountain community where the cops can't get anything on him and no one follows civil rules only the Harrelson dictate.

The potential is there, but each segment of the film moves with extreme caution, to say it moves slow is an understatement.  On the positive side the performances are effective, but the direction and story just don't make it.  Revenge films should bring action quickly and often.  Out of the Furnace makes us wait too long for the hook and then the payoff.

The film is dark and gritty but it is also confusing at times.  The accident may not have been Bale's fault, but with a quick change of scene he finds himself in jail paying for his crime. The final scene is also confusing it has something to say, but what is not clear.

Out of the Furnace is less than the sum of its parts and is disappointing, too bad it could have worked.