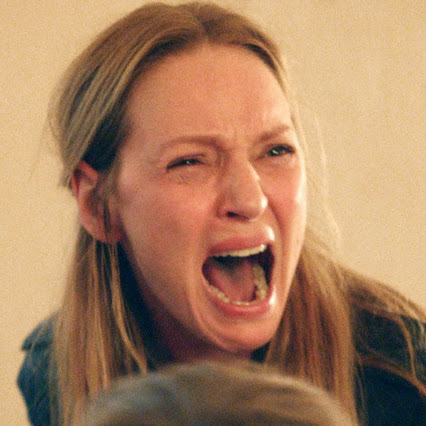 
An interesting, provocative way through human intimacy is done with verve and a deft touch by the notorious Lars von Trier (Melancholia). His involving, but not too exhausting Nymphomaniac (being released in two volumes in early spring) isn't really didactic and locates a surprising humanity even with the use of fly fishing in honestly, interpretative ways about a kind of personal punishment when it comes to the carnal. It could be considered a kind of sweeping, if gradually strained degenerative celebration on compulsions happening on the distaff side that could be related to the kind of character Linda Fiorentino played with grueling veracity in The Last Seduction.

Here, using flashbacks, von Trier uses his central figure Joe (Charlotte Gainsbourg, who played the sister Claire in the aforementioned von Trier apocalyptic effort opposite Kirsten Dunst's Justine and is pretty effective in a very tricky role) after being taken in by the comforting, if inexperienced Seligman (Stellan Skarsgard). She says she's never met what she admits she is, "a bad human being." At his place, Joe recounts where jealousy and lust has brought her to this point well after a very influential encounter with biker Jerome (Shia LaBeouf, sporting a wavering accent).

Cue to the recollections that sprawl in deep, unflinching ways as later images and motifs offer a spiritual challenge from a kind of societal uprising from cruelty and torment building from manipulation off of neediness. In particular, Stacy Martin is quite noticeable as one Joe in her teenage years. Uma Thurman and Jamie Bell endow incendiary and chilling characters with flair, respectively. How Joe has handled herself as a smooth facilitator as brought her to the attention of Willem Dafoe's loan shark, L, as an enforcer.

Those unaccustomed with the von Trier sensibility might be taken aback how his psychological, analytical patterning  presented lushly and generally well-transitioned make Joe's expansive milieu a rather polyphonic portrait. Especially within the notion of the experience of love deeply affecting the enjoyment of a physical relationship. Seligman's sounding board is delivered with integrity and thoughtfulness by Skarsgard that helps make this intimate, protracted trek to get the witty and stunning goods on Joe without necessarily condemning or lauding her for her actions. The vividness around masochism and motherhood is done ultimately in a trenchant, affecting way be someone who often lingers on stretching the boundaries.