New York, I Love You 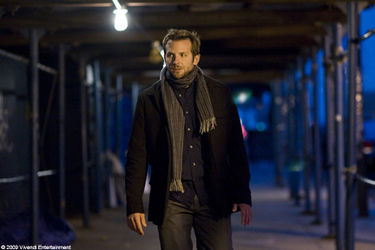 
After the Yankees have captured their 27th MLB championship, New York is back in the global limelight, especially with an MVP nicknamed Godzilla. This cinematic ode to the Big Apple, a follow-up or companion piece to Paris, Je T'Aime, moving from Tribeca to Brooklyn among other noticeably, regrettably feels and looks like a hasty, somewhat pallid pastiche.

Nearly a dozen directors contribute to New York, I Love You which seems to be plagued by some technical and narrative incongruities, mostly due to a limited shooting schedule. The surprise, excitement of a place with romance out there to be had from Tribeca to Brooklyn Heights tries to be like a slick early 21st century version of Love, American Style. But, this latest variable omnibus is more improbable, lacking the Big Apple's diversity, while aiming for hilarity and sexy appeal.

The film, dedicated to the late Anthony Minghella, actually features his script of one of many vignettes, one directed by India's Shekhar Kapur set on the Upper West side oddly pairing Julie Christie and a Russian-accented Shia LaBeouf as a bellhop.

Hayden Christensen and Andy Garcia do a little pickpocketing in a downtown bar pining for Rachel Bilson, while native Ethan Hawke (Before Sunset) is an unlikeable sort in SoHo and Orlando Bloom as a disheveled Upper West Side composer.

Rising star Bradley Cooper (The Hangover) has a weird segment with one of the former hot co-stars of "The Sorpranos" as he gets/gives a taxi driver some interesting directions.

While the cast chiefly is at least under 40, beside the venerable Christie, there is a cliched interlude with reliable veterans Cloris Leachman and Eli Wallach on the Coney Island boardwalk.

The international troupe of directors include Yvan Attal, as well as Americans, one being actress Natalie Portman who is the holdover from the aforementioned more thoughtful collage in the City of Lights. The actress of the upcoming Brothers (a remake of a Scandanavian war drama) does better in front of the camera than hers about a "manny". She plays an engaged Orthodox woman a little coquettish in her ways with an East Asian diamond merchant (Irrfan Khan of Slumdog Millionaire and The Namesake) under the director of Mira Nair (Amelia).

Ironically, the vignette that honestly stands out in what has been trimmed a little bit (perhaps for good reason given early reports from early screenings) is from Hollywood hack helmer Brett Ratner, known for films like Rush Hour and Red Dragon. His sitcom-ish short has some hangdog fantasy charm to it with Anton Yelchin as the fellow taking loud-mouthed James Caan's disabled daughter (Olivia Thirlby of The Wackness and Juno) has some amusement to it from Tavern on the Green to Central Park. Only if the rest of this love letter to Gotham could have been more like this, a kind of saucy, thematic tribute to arguably the most influential and inspiring place in the world.