A Most Wanted Man 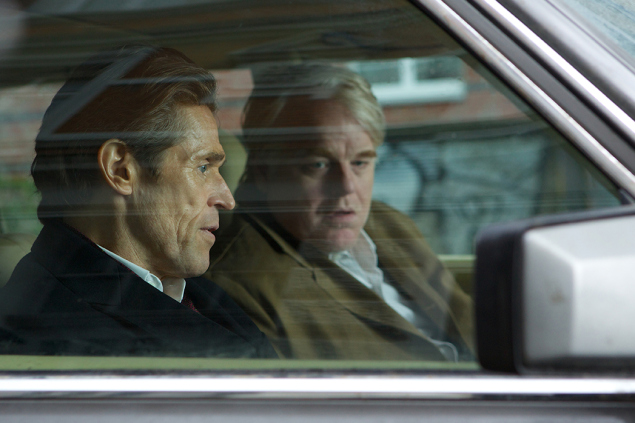 
Not as cunning as Tinker, Tailor, Soldier, Spy, a new modern, if thorny espionage thriller is notable for what simmers underneath the surface, besides the fact it's regrettably one of the last chances to see the late Philip Seymour Hoffman (Almost Famous, The Hunger Games: Catching Fire) flourish at the cineplex. More so, in fact, to ingratiate and captivate the art-house patron.

A Most Wanted Man is set mainly in Hamburg's Islamic community and has a topical intrigue in part because of being another adaptation of John Le Carre (remembered for his novels like the aforementioned and The Russia House). Some discerning viewers may not find it less divisive than director Anton Corbijn's The American but overall more suspenseful and more evocative from a visual standpoint.

It centers on a bedraggled and badgered illegal immigrant Issa Karpov (Grigoriy Dobryjin), a Muslim caught up in the "war on terror" arriving in the German metropolis to inherit a great sum from his deceased doctor father who may be connected to financing the activities of organizations like al-Qaeda with a shipping business as a front.

Hoffman's hard-drinking and smoking Gunther Bachmann is a high-ranking, well-intended official of a clandestine tightly knit European group trying to corner the eponymous individual while having U.S. agencies breathing down their backs with strategies that may cause more collateral damage than is necessary.

Caught in the middle is a human rights lawyer Annabel (Rachel McAdams) who gets closer to her client than anticipate and offers the actress a part to relish. Also an asset as a bank manager where terrorism may be funded is Willem Dafoe's Tommy as the veteran etches a well-rounded portrait in the screenplay by Andrew Bovell (Lantana). Robin Wright (so good in Netflix's House of Cards) endows an inhospitable presence as an envoy.

It may be unsettling for those who appreciated what Hoffman brought to his craft in a role that leads Gunther on a slipshod course which might have paralleled that personal angst where addiction persisted off-screen. Still, his concern throughout the investigation even with its share of grey areas has focus about it which reflects the consummate professional's ability to inhabit a character. Here, in the case of putting the viewer in Bachmann's predicament with moral implications about the true identity of an oppressed or destructive victim of who should or shouldn't be trusted. A Most Wanted Man may not always seem to stick to its point almost a genre chameleon but excels with the elemental nature of the story doesn't belie a credible character study.