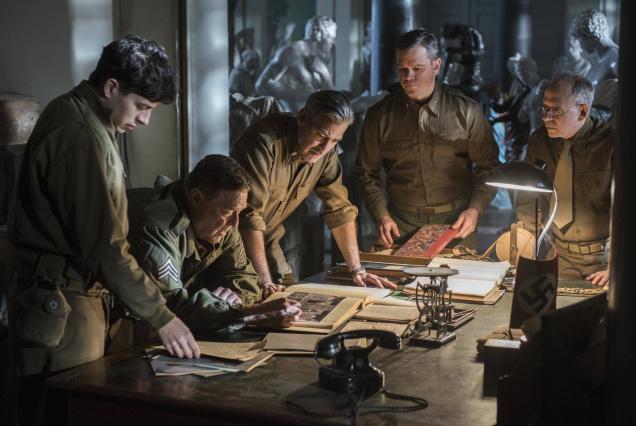 
The Monuments Men is such an incredibly watered down version of the truth that it drowns in mediocrity. Had no idea art historical 'tabloid journalism' even existed. Director, George Clooney has hit rock bottom with this one. It's a bigger bomb than those going off in the film. Going from bad to worse by insulting the memory of Major Ronald Balfour. He was the art historian who first reported the theft of Michelangelo's Bruges Madonna. Balfour was killed in action by the Nazis. For no compelling reason, Clooney changes his name to Donald Jefferies. Balfour was a real hero, not some arbitrary fictional character.

Apparently, John Goodman, Bill Murray, and Bob Balaban are included to add some comic relief. Did they really exist? There were 345 men and women from thirteen countries who comprised the MFAA (Monuments, Fine Arts, and Archives section). The Monuments Men is an endless stream of diatribe, touching upon just 25% of the truth. What we are left with are some great visuals in an empty screenplay.
Watch the 2006 film documentary, The Rape Of Europa, or read The Monuments Men by Edsel. The truth is so much more compelling.