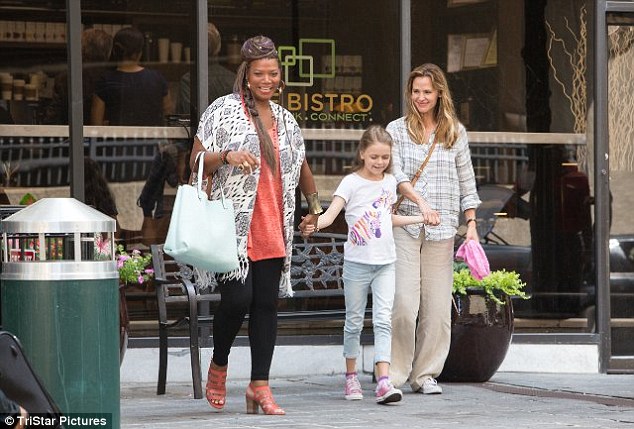 
Miracles From Heaven is not a typical faith based film it is a film about a family that has faith.

This is a story that values family strength, courage and determination is filled with butterflies, flowers, pizza, and eventually an old cottonwood tree who must face the challenge of one daughter Anna (Kylie Rogers) facing an unusual dies which brings pain and potential end of life.  Anna's elementary canal  refuses to digest food which leaves the little girl tired sickly and in great pain.  This is the type of situation that places burdens on the entire family and in this case strains the financial ability of the family to survive.

From the beginning Christy Beam (Jennifer Garner) is not willing to accept anything less that clear knowledge and the best medical service for her little girl.  Both Garner and Rogers bring the emotional level of the story to a personal level.  Watching brings us into the circle of the family as observes who are hopeful for a positive solution.

Christy is forced to face faith based folks who insist that she or her husband Kevin (Martin Henderson) or little Anna must have taken some action that God is punishing them for. Christy just walks away from that argument, but she could have easily referred to Harold S. Kushner's book When Bad Things Happen to Good People.  The medical problem Anna is facing is derived from some genetic or environmental action which she has no control over.  It is not the result of punishment by God, that notion is dismissed in this story.

There is some fill in time to make the film a little longer than necessary, the basics are that Anna is sick, she has a disease that children are not known to survive.  Doctors do all than can to limit her pain but are not sure she can be cured.  One doctor played very well by Eugenio Derbez offers hope by bringing joy and enjoyment to the hospital stays and visits to the Children's Hospital in Boston.  Christy forces an appointment with this specialist by going from Texas to Boston and siting in the waiting room. Her appeal to a sensitive receptionist gets her an appointment when a cancellation occurs.  Christy and Anna both benefit from the friendship of a local waitress played by Queen Latifah who enhances their stays in Boston with tours of the Aquarium and other sights which are enjoyable to both Texas visitors.

The climax comes late in the film and revolves around an old cottonwood tree.  It allows the Doctor to remove his tie (there is need to see the film to understand that) and it brings Christy back to her church where she is welcomed by her pastor (John Carroll Lynch).

In the end the story ends almost like Snow White as everyone is joyful and happy and the family's faith is stronger than ever, and we have seen two very fine performances.