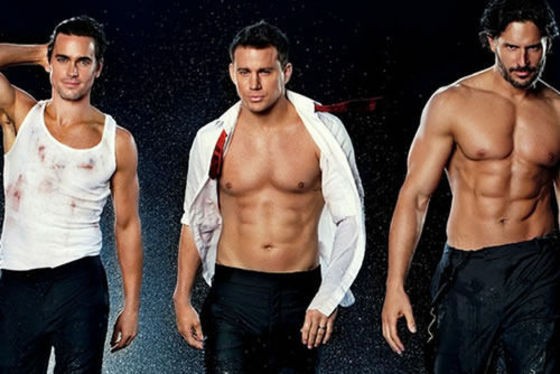 
Its been three years since Magic Mike, a film loosely based on Channing Tatum's exotic dancing career, became a surprise hit.

This time around director Gregory Jacobs takes over from Steven Soderbergh, but Joe Manganiello, Matt Bomer, Adam Rodriguez, Kevin Nash and of course Tatum return as male entertainers, the Kings of Tampa.

Mike (Tatum) had left the group to try his hand at building furniture, however when the guys call him to join them at a male stripper convention in Myrtle Beach, S.C., he jumps at the chance.

Packed in the back of Tobias'  yogurt truck, they make a stop at a club owned by Rome (Jada Pinkett Smith), an old flame of Mikes.  She's a take-charge lady who runs her male strip club with an iron fist.  After a night of partying,  Mike persuades her to be their MC at the convention.  Dressed in a skin tight white pantsuit and high heels, she commands attention from the screaming women waiting to see the men strut their stuff.

The guys have kept their old routines and with some persuasion, Mike convinces them that their costumes and dances are dated and should be changed. He tells them that no one wants to see them dressed up in cowboy or fireman get-ups anymore.  The women, however who pack into the clubs are probably not interested in what the guys are actually wearing - or not.

In the back room of the convention arena, they work on their new routines. but since Tatum is the only good dancer in the bunch, they have to rely mostly on strutting around the stage.

Elizabeth Banks costars, along with Andie MacDowell in an embarrassing bit as a Southern woman enchanted by the dancers.

The story-line is thin and the acting is weak.  Its silly entertainment, but it will probably please its target audience and make a lot of money.