The Lost City for Z 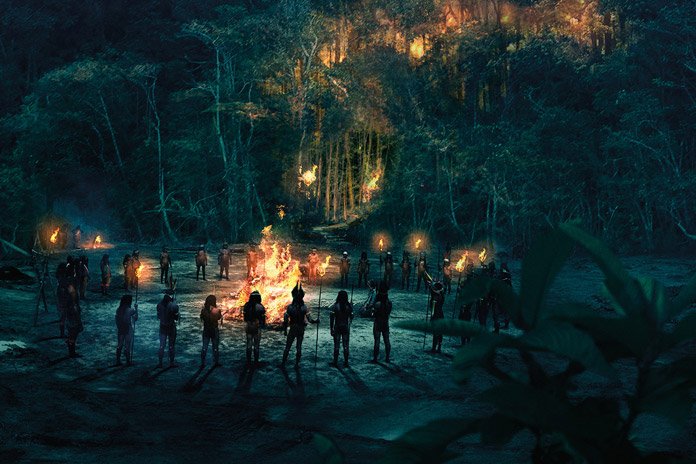 
This sweeping early 20th Century adventure from James Gray stars Charlie Hunnam (Pacific Rim, also doing King Arthur for Guy Ritchie in a month) as former military man and obsessed explorer Col. Percival Fawcett. It has a traditional timelessness in traversing from Britain to the lush Amazon rainforest that wouldn't be out of place in the format of, say, Masterpiece Theatre.

When talent meets opportunity success may lie on the horizon as Fawcett is enlisted in a South America map making project which turns on his curiosity and passion for the deeper recesses of the locale lushly lensed. The Royal Geographic Society is involved as is a benefactor (Angus Macfayden) who proves detrimental to Percival's mission (for awhile, anyway) as many expeditions are streamlined to three.

Gray and a steely, effective Hunnam go the extra mile to emphasize cultural pluralism, an intercontinental unity and peace. Not to mention the parallels in disparate societies where a barbaric element exists. The notion of "engaging" is crucial to Percy as folks instigate crazy drama to avoid solving problems while he alienates himself from his family, including his wife Nina (Sienna Miller) who also has the itch to join him.

A linear tale involves Fawcett's service in World War I and travails from it that inspire the need (in alpha male fashion) to make that all-important mark. Gray works impressively with his craftspeople to let the scope be highly enveloping as the daring adventurers  finally 'break bread' with an interesting, if perilous sect. But, as cinematically wondrous as The Lost City of Z can be, it wouldn't have quite the same imprint without the dedicated efforts of Hunnam and Miller. Also, important in contrasting ways are Robert Pattinson's companion with a wry irascible quality when it comes to ineptitude, as well as Tom Holland (Captain America: Civil War and the upcoming Spider-Man: Homecoming) in a demonstrative emotional turn for the latter sections as Percival's vulnerable, if intrepid son.