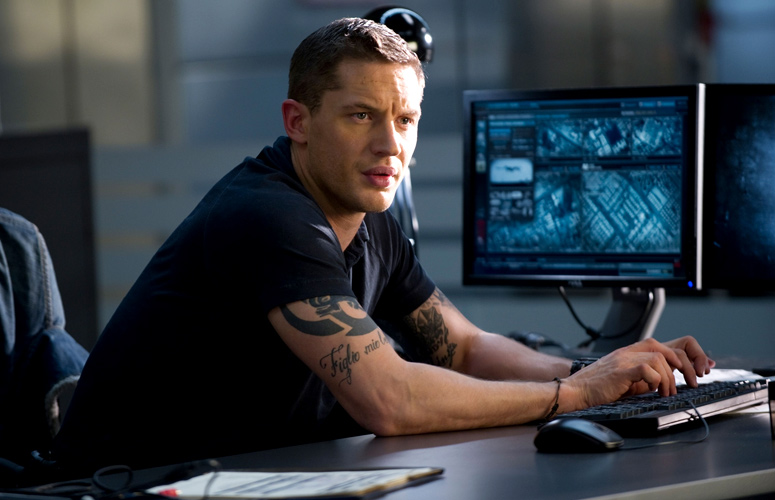 
The presence of Tom Hardy (Inception, The Dark Knight Rises, Lawless) is important for this mainly confined real-time thriller to generate enough resonance for a stagy if steely character study. One that glides through the ethical and misogynistic with a nighttime sheen that doesn't belie cinematic minimalism and interpretative issues and themes.

Hardy's titular construction foreman (with first name Ivan and a soothing Welsh accent) is about to oversee a very large concrete pour for a skyscraper as he makes the drive to London. While he has to talk to his jittery subordinate (a good Andrew Scott) to get him through the next day's important activities, Ivan is going through a personal crossroads, always known for doing the right thing.

A fair-minded, pellucid Hardy through a rather compelling visage has to disclose Ivan's weakness to his wife Katrina (Ruth Wilson) about a vulnerable middle-aged woman (Olivia Colman) who through a night of revelry is about to give birth to his child. On his phone the efficient guy has to calm down the upcoming delivery woman rather terrified whom he's never really loved. He explains to his sons (Bill Milner, Tom Holland) about not being able to be with them to share in a fun sporting event and confronts the ghostly presence of a father who ended up in bad shape after making a difficult, life-altering decision.

The nature of conversation in this enterprise might be hard to take with its progressions which might prod through a certain disbelief by struggling in an arc and locale which may too limited. But through the incessant discussions the frailty and coping with it is finally mitigated from the understanding Ivan senses in this important, yet difficult nearly ninety minute excursion. And, Hardy makes this happening through a character's personal choice and decision more affecting and vivid as the sensitivity from writer/director Steven Knight (Eastern Promises) to a protagonist and his flaws may just mask a clumsy incongruity just like riding through distracted driving.