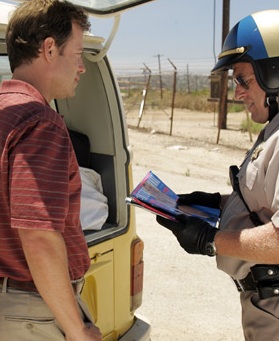 Husband and wife co-directors Jonathan Dayton and Valeris Faris hilariously illuminate a trip in a VW van from Michael Arndt's pungent script and a wonderful cast.

The ups and downs of the Hoovers really is something many can identify with to some degree, led by Greg Kinnear's motivational speaker dad, Richard.

He's unable to get anyone to care about his "Refuse to Lose" program and wife Sheryl (Toni Collette of The Night Listener) is upset about the family's inability to treat one another with honesty.

15-year-old son Dwayne (Paul Dano) is very much into Nietzsche, keeping quiet for the most part as he eyes a future with the Air Force. Youngest 7-year-old Olive, a genuinely sweet Abigail Breslin wishes she could win a beauty contest in Los Angeles.

Pepper-tongued father of Richard (Alan Arkin) has just been kicked out of an old-age home because of heroin. And, there's the Proust-scholor brother of Sheryl (Steve Carell of 40 Year Old Virgin, Over the Hedge) who had recently tried to commit suicide. Definitely, an interesting, long haul to the City of Angels as the family will get on each others nerves.

What's so good here is that these insecure types aren't caricatures, but developed as real characters. Right from the early dinner scene we see the foibles, sarcasm, misery, and silence. It's very palpable what they loathe and yearn for; in the process what good and bad habits they carry around with themselves.

Dayton and Faris give their actors plenty of latitude that will especially appeal to grown-ups. Collette is attuned to Sheryl's nuances as the glue for this sloppy, rather neurotic clan. And, Kinnear (quite effective in The Matador) endows the vulnerability of a compromised decent guy. Carell enjoys going against the grain as a man trying to learn how to live again and Arkin (who's mined similar territory astutely earlier in Slums of Beverly Hills) is simply a scene-stealer as the rude grandpa. Dano and Breslin are right on as the kids and the lesser characters are able to register with the uncomfortable situations on view.

Little Miss Sunshine is a bracingly ray of light on the daily humor and personalities, finding the emotions within broad dreams without going for the obvious. It's clear that there's a deep-rooted affection for all of the awkwardness and it steers nicely from convention, making one laugh over the road bumps recognizing this kind of family with at least one normal person in it like Olive.