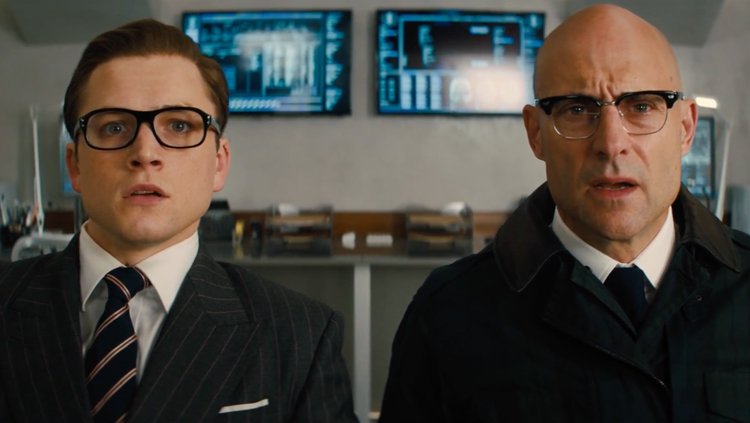 
Eggsy (Taron Egerton) makes his return, as well as many other familiar faces (including Princess Tilde (Hanna Alstrom), whom has become Eggsy's girlfriend). We even get a the return of a familiar face we thought dead, though the previous movie did a good job of leaving their deaths vague enough either of them being alive was in the realm of possibility.

The world expands, and we learn about the Statesman, Kingman's American counterpart, and the slew of new faces that come with it.

Bold, exhilarating, and downright campy, this film delivers what we've come to expect after the previous film and a bit more, so fans of the previous films will enjoy it. And while it suffers the same snag as all sequels, contending with the original, it finds a way to shine.

Kingsman: The Golden Circle takes off running, keeping up a heaping helping of action mixed with important character building. There are moments where the movie forgets it's not a film to take itself serious and touches on some deeper issues but over all, it was fairly enjoyable ride all the way to the end.

And two words, Elton John. His appearance in the movie was fantastic. He was an extra treat to an already enjoyable film.

A thing that kept grabbing my attention was the reoccurrence of rings, and the themes of relationships and commitment. The main baddie was very fixated on the concept of unyielding loyalty and unquestioning devotion (among other things). And she seared a circle of solid gold into the skin of all who prove themselves willing to follow her without question. This movie also delves into Eggsy's relationship with Tilde and also his reluctance to commit to marriage with her. The themes of commitment and the big bad's obsession with it, along with the symbols of gold rings thorough the film grabbed my attention. The wedding ring, a golden ring/circle represents infinite and totality, as well of a means of binding a person to another.

As much I as enjoyed the film, strange editing chooses and the shaking camera angles during fights scene was nauseating, and some of the fights were a little difficult to watch. It was enough to distract me from the film. The villain was also bland, and very shallow in her motivation. Of course, so wasn't the villain in the previous movie.

All in all, I highly recommend this film, especially to those who enjoyed the previous one. If you didn't enjoy Kingsman: The Secret Service, then you wouldn't like the sequel.