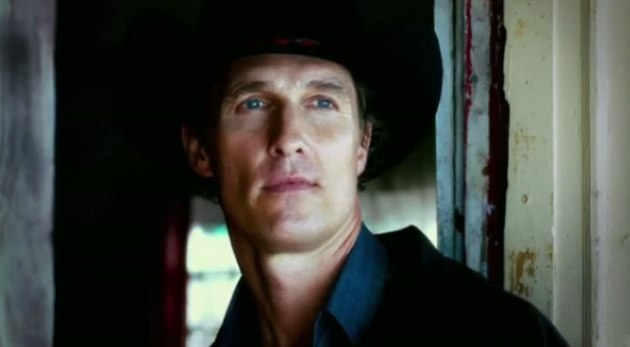 
A stage to screen adaptation is a lurid, wild pulpy tale, an oddly enjoyable gangster thriller with one of its tag lines being 'murder never tasted so good. William Friedkin (Bug) offer an increasingly taut, if rather unsettling cinematic experience which is reflected in the film's rating.

Hirsch (of Savages, Milk and earlier Into The Wild) plays the irresponsible Chris whose debt to a local gangster Digger Soames (Marc Macaulay) sets the plot by Tracy Letts (from his play) in motion.

Chris's dad Ansel (Haden Church) is persuaded to hire a hit man to kill his ex-wife for the insurance money. Chris's younger sister Dottie, an alluring, naif of presence in Temple (Greenberg) will become its beneficiary, yet complications begin when Ansel's new conniving wife Sharla (Gershon) has her own financial demands. Then, as father and son  have difficulty retaining Joe (McConaughey), a detective who moonlights as a hit man, the suave interloper settles into the trailer holding Dottie in the interim.

McConaughey ( on a roll with of late considering Magic Mike, Bernie) has a dark charisma that goes a long way, particularly in scenes with Dottie and, later, with Sharla. In turn, the burgeoning Temple and the veteran Gershon (Love Ranch) provide the necessary backup to help maintain tension that builds to an eerie, disturbing dinner scene (definitely not for the faint of heart). Also, Hirsch etches a garrulous, contentious figure, while Haden Church is able to entertain through the acute way he plays off his typically kind of restrained performance.

Killer Joe revs up from its blithe, extreme nature which most likely won't ensure much of a theatrical run; the way Friedkin draws potent performances, notably by McConaughey and Temple, in accompaniment with Letts' sharp script (not always escaping his antecedent) can be a weirdly captivating celluloid creation especially when one looks at a piece of fried chicken.