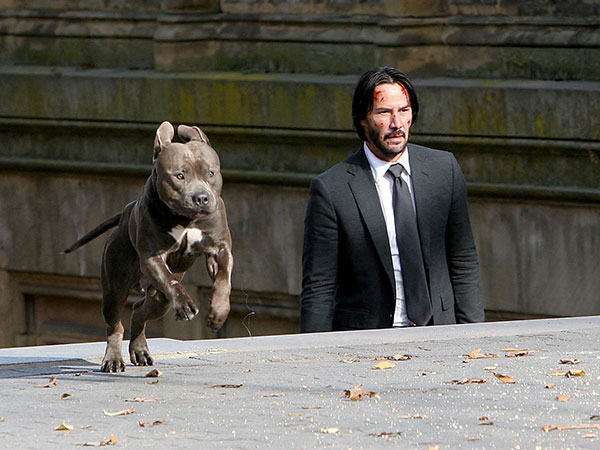 
An exquisitely choreographed hailstorm of bullets and bone (or throat) crunching blows is to be enjoyed by the testosterone-fueled demographic in Chad Stahelski's John Wick: Chapter Two.

Keanu Reeves is back as the loose, lithe, long-limbed protagonist in a natty three-piece dark suit, the effortlessly intuitive cruel assassin who earlier (in the original 2014 hit) took on Russian goons who offed his beloved dog (who reminded him of his deceased missus which made him very perturbed).

An unauthorized wave of destruction violating the credo of paid killers has our stoic protagonist awaiting some harsh ramifications. As he is lured out of retirement to honor a debt, a blood oath to an Italian associate (Riccard Scamarcio) out to usurp a clandestine international eliminators' federation. The escalating mayhem will take Wick from the Big Apple to the Eternal City and back again with old colleagues trying to keep up with him.

What turns out to be an outrageously absurd, yet entertaining visceral actioner with its firearm and punching power at its disposal lets Reeves have a stealthy Buster Keaton quality from an energetic opening set around a wall-projection outdoor showing of a silent droll tomfoolery. Dealing with a multitude of faceless thugs the solemn anti-hero still can blast away to cause paroxysms with cold-blooded, efficient martial artistry. With Stahelski's stuntman background paying dividends again in an exhibition of style and speed.

But, Reeves, even amid a capable ensemble, coils up charismatically with homicidal contempt to make Chapter Two a millennial salute to vibrant Hong Kong brutality (when the actor was on his 'Excellent Adventure' phase) exhilarating and resounding even for those holding their No. 2 pencils firmly in hand.