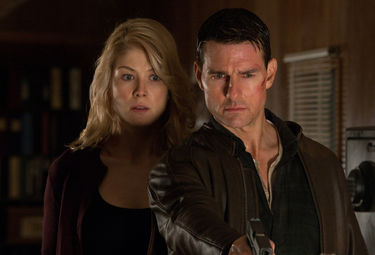 
Tom Cruise channels Bullitt's Steve McQueen with a cool unflappable demeanor in this first-rate action thriller. From the very beginning, nothing appears as it seems after an ex-military sniper is arrested for five murders.

Jack is recruited by defense attorney Helen (Rosamund Pike) in an attempt to figure out what really happened. As Reacher's investigation progresses, certain powers begin to get nervous - Launching an all out assault on
shutting Jack Reacher down permanently.

Conspiracy theories fuel the plot as Jack is forced to fight for his life in all manner of defense. Some classic fight scenes and car chases continue to raise the intensity levels. It's great to see an action film that actually
has a point of reference. Everything happens for a reason in Jack Reacher… Yet, nothing can be assumed, or taken for granted on numerous levels.