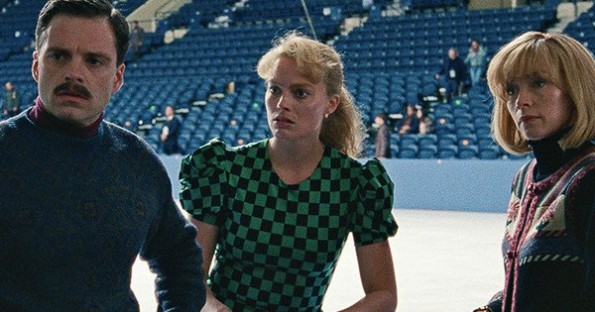 
Ominous satirical wit pervades Craig Gillespie's latest venture, a nonlinear biopic with flourishes reminiscent of Martin Scorsese in what perhaps is his best work (or arguably better than) since Lars and the Real Girl.

I, Tonya stars Margot Robbie (Goodbye Christopher Robin, Suicide Squad) and Allison Janney (Finding Dory, The Girl on the Train (2016) in an entertaining, speculative look at the notorious world-class figure-skater and headline-grabber of (early) 1994, before O.J. Simpson stole things in a hurry.

Tonya Harding was the first of her (U.S.) ilk to complete a triple-axel jump as the film whisks around her life with Robbie playing her with piquancy and tenacity from adolescence till after her retirement. Her background was of the trailer-trash variety with mother LaVon Golden, a supremely vulgar Janney, who financed Tonya's dream and always reminded her of it.

Inside the Harding existence reveals her ambition and talent that is undeniable and Robbie is made to look the athletic part with not so flattering looks as the real Tonya might attest to. A disconnect between her and officials/judges were brought on by choices in fashion and music, not what embodies the ideal feminine archetype in a sport defined by a certain code of honor which icons like Peggy Fleming and Dorothy Hamill embodied.

The unrestrained nature of the proceedings provides acrid sarcasm and commentary to a startling happening which would leave many a scar, literally, and, of course, figuratively. I, Tonya succeeds because of efficiency Robbie and a scene-stealing Janney give to their roles (stay till the end to see how well the latter has nailed the garish Golden). As in Gillespie's Lars there's an empathetic release from all of the harshness which led to an unfavorable choice in men that may not make Harding as pathetic as she was and still is perceived by the court of public opinion.