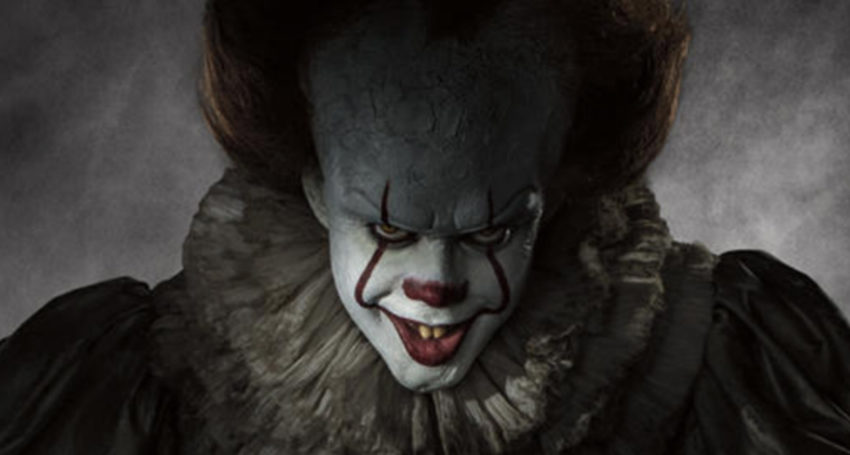 
IT is the adaptation of the Steven King novel of the same name.  Here we follow a group of kids who are all part of the "loser's club" in the town of Derry, Maine where kids have begun to disappear at an alarming rate.  The kids then find themselves trying to survive as they are hunted by a mysterious monster who seems to play off of their fears.

There is plenty going for this film, the biggest and probably the most important of them are the characters of the film.  IT has some of the most believable and relatable characters I have ever seen.  Thanks to an excellent script and some just as excellent acting I found myself buying into their plight.  For me though the biggest standouts are Bill (Jaeden Lieberher) and Beverly (Sophia Lillis).  These two have probably the most character development in the film and in many ways carry the film.  That's not to say the other kids are weak characters though.  Each child is fleshed out enough to be able to identify with and are portrayed in a way that makes them feel completely genuine.  Then there Pennywise the clown (Bill Skarsgard).  From the beginning, Pennywise was shown to be a daunting foe for the kids.  His time on screen is never for very long but when he is he takes over.  But with that said, despite being essentially the title character, Pennywise is not the main focus of the film. Instead it focuses on the kids, which for me makes this film all the better.  We get to see these kids live their lives, see their vulnerabilities, and watch as they discover that they must rely on themselves in order to protect themselves.  Even the bullies, who act as a secondary villain, show a surprising amount of depth to them that I was not expecting.  The film did manage a few good scares, however that wasn't the film's strong suit.  Instead, the film went for intense and creepy and boy did it do that well and as the film went on it only got creepier and more intense leading all the way to the climax of the film.  For me, I think that this is a great decision that helps it stand apart from other horror films of recent times.

If I were to make a complaint about the film it would be that I wished that each kid had a little more screen time to develop.  This is especially the case with the character Mike (Chosen Jacobs), who felt more tacked on then a part of the group.  But I would be lying if I didn't say that it appeared that it was deliberately done.  Also, despite my praise for the intensity and the creepiness of the film, it wasn't truly "scary" at least in the traditional sense and I believe that some may find that disappointing.  For me however this isn't a problem.

So in the end, IT is not only a fantastic adaptation, but also an excellent film on its own.  The film lives and breaths by its characters making the scares all the better as you feel a connection with these kids and the trials and tribulations that they go through.  This is definitely a film worth seeing at least once, if not more times.