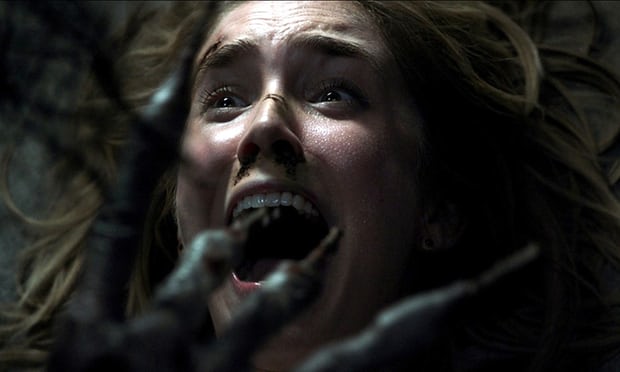 
Insidious: The Last Key is the fourth film in the Insidious franchise.  It follows Elise Rainer (Lin Shaye) as she continues to help people who are haunted by spirits and demons.  However, this time she receives a call for help in the most unlikely of places, her childhood home.  This home is possessed by a powerful demon that she knows all to well and it is up to her to return home and find a way to rid the home of this demon.

In many ways the film starts out fairly strong.  There are a couple of good scares and genuinely creepy scenes during the start of the film.  However the film ends up falling flat as it progresses and the film stops being scary and became campy.  The film also tries to throw in a few twists in the film to keep you on your toes but really all it does is just add to the painfully thin plot that is already there.  In fact by the end of the film it felt like they were more focused on tying it to the other films then they were for this film.

But really all of that could have been forgiven if it wasn't for one really nagging issue and that is the characters of Specs (Leigh Whannell) and Tucker (Angus Sampson).  These two are (for those who haven't seen the previous films) introduced as Elise's assistants and comic relief.  However, when Elise's nephews (both young women of questionable age) show up in the film all they do is awkwardly hit on these two women who look to not only half their age but I can honestly question whether or not they are of legal age (it was said that neither have a driver's license).  And as they do this nobody seems bothered by it and by the end seemed totally ok with it.  Even if they were of legal age the perceived age difference made the entire thing just plain creepy and downright insulting.  This "running gag" plays throughout the film and completely kills the film.

In the end, Insidious: The Last Key started off ok but then fell flat on its face with a campy ending and some unredeemable characters.  I would only recommend seeing this if you are a hardcore Insidious fan and even then I wouldn't do that enthusiastically.