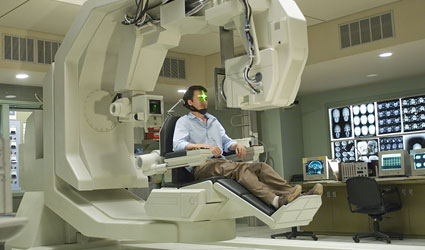 
The second-best Marvel Comics movie this summer is the action-packed The Incredible Hulk.

Starring Edward Norton, Liv Tyler, Tim Roth, and William Hurt, this version is more in tune with the spirit of the CBS-TV show starring the late Bill Bixby and Lou Ferrigno, less psychologically-driven than Ang Lee's underappreciated, if too loquacious Hulk. What it doesn't deliver in this genre beyond the visceral thrills is the emotional impact of something like The Bourne Identity.

Director Louis Leterrier (Transporter 2, Unleashed) gives one a propensity for propulsive cinematography during the opening credits sequence as Norton's nuclear physicist Bruce Banner is exposed to gamma radiation. The screenplay, co-written by Zak Penn (X-Men: The Last Stand), doesn't dwell on the nightmarish existence between beast and hero. Fans who'll enjoy the raw elements on hand here get a periodic title card of "days without incident".

The rapid pacing to make everything come out quick and polished reveals a narrative perhaps too lean and structurally unsound (reports have Norton, an uncredited co-writer, in disagreement of what came out of the cutting-room floor). Ultimately, The Incredible Hulk seems more about what comes from big set pieces, rather than relationships or the importance of science and military involvement.

The widescreen lensing is accentuated by the gifted Peter Menzies as Banner, looking for an antidote to what has poisoned his cells into unbridled rage, stays in cyberspace contact with a "Mr. Blue" as "Mr. Green" while globetrotting from South America up to the East Coast of the U.S, before a coda in British Columbia. His life has been a shadowy presence, unable to be with the woman, university professor and cell biologist Dr. Elizabeth "Betty" Ross (Tyler), whom he loves.

In Brazil, there are stunning visuals as provided from panoramas of favelas in back alleys, steps as Banner toils in a sweat shop in a bottling plant before a taut sequence that has him eluding the pursuit of his chief nemesis, Gen. Thaddeus "Thunderbolt" Ross (Hurt), Betty's obsessive father. Ross wants to get his DNA to create "supersoldiers" for the military, to manipulate Banner's amazing power.

Roth's increasingly ambitious Emil Blonsky survives quite a blow in a pulsating encounter near Betty's place of work in Virginia and goes behind the back of Gen. Ross to get the most out of a "mad" scientist, done in broad fashion by Tim Blake Nelson (O Brother Where Art Thou) as Prof. Samuel Sterns.

The final act augments the thrills for destructive confrontations in Harlem, then Manhattan. A new vengeful nemesis in "Abomination" puts Bruce in making a precarious decision if his eyes light green with a b.p. of 200. The effects are state-of-the-art, but not really spectacular, especially in the end.

Tyler, obviously has a better part here than in the current, distressing and depressing The Strangers, as a conflicted woman dealing her profession, being the General's daughter, involvement with drab psychologist Leonard (Ty Burrell), and desire for the intrepid fugitive in Bruce. Some of the moments with her and Norton are affecting and funny, especially when Bruce claims, "I can't get too excited", while others have familiarity with iconic moments in King Kong or Beauty and the Beast.

While Roth seems to have a similar mindset to the one in Tim Burton's Planet of the Apes, Hurt does pretty well to generate cynicism and some wit from a driven, cold-hearted commander. In a capricious, maybe too breakneck film guaranteed to please the comic-book fans with a nice cameo by Ferrigno as a pizza-loving security guard and a small-screen clip of Bixby, there is a Marvel-ous last scene with the depressed general and someone who'll become part of the "Avengers".