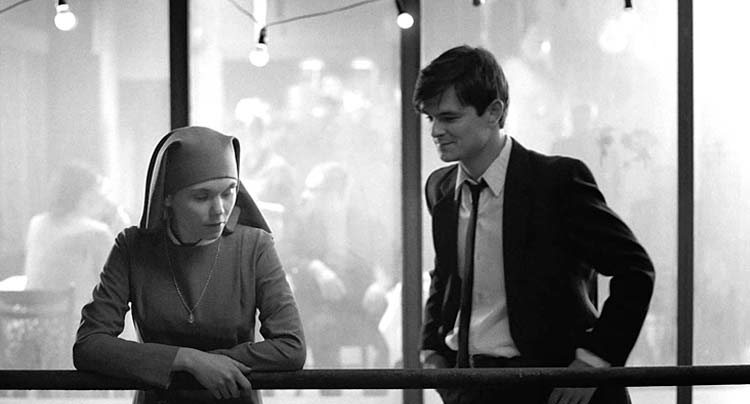 
A rare, indelible effort from Pawel Pawlikowski (My Summer of Love) is set in his native Poland less than two decades after World War II. It's a stunning achievement that uses illogicality to revisit a haunting past that tellingly draws on Pawlikowski's past in bracingly relating history and religion.

Ida (a no-brainer of a 2015 Oscar nominee for Best Foreign Language Feature) in length feels like a vividly conscientious cinematic short story, a timeless one in the old Academy Ratio format, even if the decaying clubs and automobiles promote a later era.

Young orphaned novice Anna (Agata Trzebuchowska in her debut and a student who's a devout atheist off-screen) is close to becoming a nun when informed by the Mother Superior (Halina Skoczynska) about her eponymous namesake. Actually, Ida was a Jewish girl secluded in the convent as an infant and raised Catholic to protect her from the Nazis. The sagely older sister guides the young woman to her only living relative, Aunt or "Red" Wanda (a fairly brusque and sardonic Agata Kulesza), a former communist prosecutor who has her own unusual backstory.

Pawlikowski's homeland return has an intimacy that enables a clarity and a personal touch with material that might have somewhat of a stock quality for some onlookers. But, unlike (yet similar in more respects than expected) individuals take off to find out what circumstances surrounded the death of Ida's parents that lead to an old family farming village where a son and father dwell. Pristine monochromatic imagery and lighting reflects a painterly visual aplomb in many instances to add to the singular experience.

Ida unveils a tragic side of humanity that is deeply felt around a controlled approach. It works so remarkably well from the dilemma faced by the naïf in how she should proceed with her life, whether through her actual rearing or out of familial respect. The contrast of religious devotion of the taciturn 'Anna' and hedonism on the part of the chain-smoking, drinking Wanda gravitates with penetrating sensitivity from the notion of sacrifice, tenets, and the truth surrounding them. A perceptive showcase of the instabilities amidst an internal strife has a well-wrought, natural grace of the shadows that Trzebuchowska and a rather soulful Kulesza deliver a subtly substantial duet under the expert writing and direction where emotions swell wrenchingly.