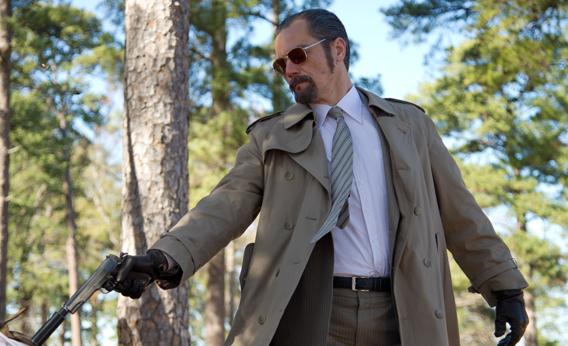 
Michael Shannon is the reason to see this stylish, if formulaic gangster tale which gets its name from victim cryogenics to obstruct police work.

People have noticed Shannon's rising career over the past half-decade thanks to films like Revolutionary Road and Take Shelter and here as Richie he immerses himself into deadpan thuggish sociopath fervor.

Helmer Ariel Vromen draws admirably from two HBO documentaries in the last two decades which brought the mass-murder more notoriety, particular in the support for Shannon to remain watchable (as well touching on the period when the likes of the Gambinos dominated) with a stranglehold (no pun intended) on the role. Too bad his subject's dyadic nature really isn't expounded upon (like his disparate nature of performing his "duties") as he keeps Deborah, their three kids and friends and neighbors out of his pervasive loop (letting them know he's occupied in the business of banking).