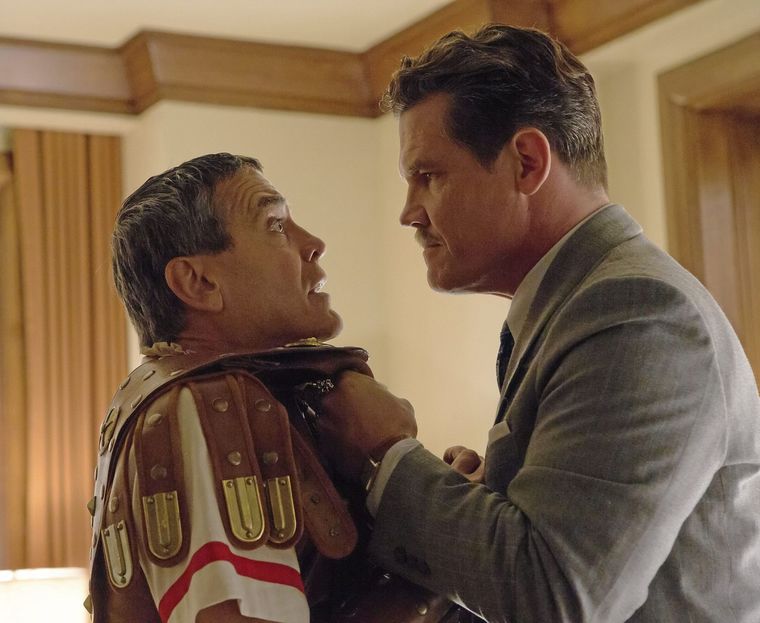 
Somehow, Hail Caesar fails for me just due to the fact it that it comes out on the heels of Trumbo. It's difficult to spoof 1950's Hollywood knowing what was really going on behind the scenes. The Coen Brothers should have known better!

From the late 1940's until the early 1960's, numerous Hollywood writers, directors, producers and actors had their careers destroyed by accusations of Communist party involvement.

This was not an era to be celebrated, it's a time in our history which should be reviled. As far as Josh Brolin playing a Hollywood fixer, he is a second–rate lightweight compared to Live Schreiber in the Ray Donovan series on the Showtime network.

This entire film felt convoluted and forced. Unlike Fargo'which flowed naturally, Hail Caesar was like boating the rapids, bouncing all over the place.

Was Channing Tatum dancing around in a sailor's uniform a preview of another Magic Mike film, or was he auditioning for the Village People ?