Guardians of the Galaxy Vol 2 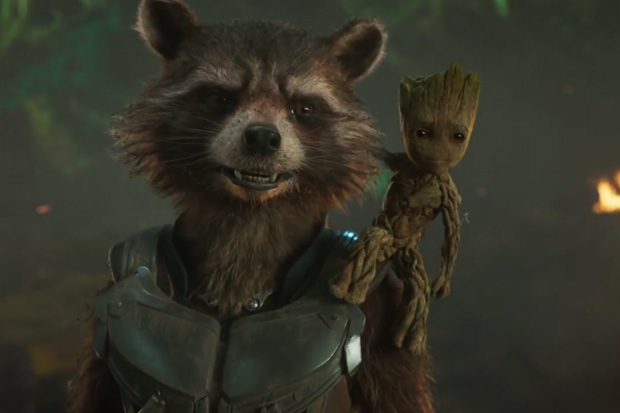 
Picking up sometime after the events of the original, Guardians of the Galaxy vol. 2 is the continuing adventures of the Guardians as they traverse the galaxy.  This story this time around though follows Peter Quill, a.k.a. Star Lord (Chris Pratt) as he seeks out to learn the truth about his parentage.  He is of course joined by his comrades in Gamora (Zoe Saldana), Drax (Dave Bautista), Rocket (Bradley Cooper) and baby Groot (Vin Diesel).

This film does a very good job recreating exactly what I liked about the original film.  There were plenty of jokes that had me truly laughing, great action, and tons of 80's references all set behind a very well put together soundtrack of popular music.  Pretty much all the main characters from the original make some sort of appearance or are referenced in this film which really helped make this film feel like a true sequel.  But for the most part, this can be expected of any film that is within the "Marvel Cinematic Universe".  I found myself enjoying the film throughout as there were never really any downtime in the film.  The standout though of the film has to Vin Diesel's Baby Groot.  I don't know how they pulled it off but every time baby Groot is in a scene he completely steals the show and everyone plays off of him as well making each scene better with him in it.  The film also goes through great lengths on fleshing out everyone's backstory more.  This is especially the case with Yondu (Michael Rooker) and Nebula (Karen Gillan).  I really appreciated learning all this during the film as none of these exposition scenes felt forced or out of place.

The only negative thing I would have to say is I wasn't a big fan of the Peter Quill/Gamora not-romance that was going on in the film.  Pretty much the entire time they are on the screen together it is a will they, won't they conversation about if they actually like each other.  While none of the scenes are bad, they do get repetitive.  Also, while I laughed a lot through this film I didn't find myself laughing as much as compared to the original.  Though this film had better jokes, there just didn't feel like there was as many.

In the end, Guardians of the Galaxy Vol. 2 is an excellent and worthy sequel that continues to add to the ever-growing list of good Marvel movies.  Fans of the original will enjoy this film, fans of the Marvel Universe will enjoy this film.  In fact, I think most people would enjoy it if they went to see it as this film is pure fun, even if they went for a more serious approach at points.  I would highly recommend seeing the film in theaters.  And for those who enjoy the Marvel Cinematic Universe, be sure to sit through the entire credit sequence to get quite a few credits/post credits scenes.