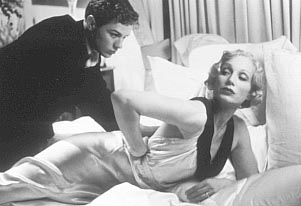 It takes place during a weekend pheasant hunt at Sir William McCordie's (Michael Gambon) country estate, and opens with his pampered guests arriving with their personal maids and valets in tow.

McCordie is stingy when it comes to doling out money to his relatives, has an eye for the ladies, which is exhibited each time a certain maid crosses his path and is generally grumpy toward everyone.

After we are introduced to the huge cast, a murder takes place and there are plenty of suspects as this entertaining story of the privileged and their downstairs staff, unfolds.

The cast is made up of mostly British acting talent.  The irresistible Maggie Smith plays the impoverished sister-in-law looking for an increase in her monthly stipend.  Kristin Scott Thomas is Sir William's bored and promiscuous wife, Jeramy Northam plays a house guest who is a big screen idol, and Ryan Phillippe is a valet to an American film producer.

The staff is headed by the gracious Helen Mirren as the housekeeper and Emily Watkins plays a maid whom Sir William fancies.  The list goes on and on, so much so, that it's hard at times to keep score of the players.

Altman uses a deft hand following the actors throughout the house.  The kitchen is the hubbub of activity and gossip as the staff prepares elaborate dinner parties and high teas, all while snickering and discussing their employer's shortcomings.  He also lets us in on the secret happenings in the bedroom, from the small quarters of the upstairs maids, to the sumptuous boudoir of the mistress of the house - and all of it is great fun.

It's one of the best of the year for the wonderful look of the film, the interesting inside goings-on of both sides of the tracks and the great acting from talented and esteemed actors.