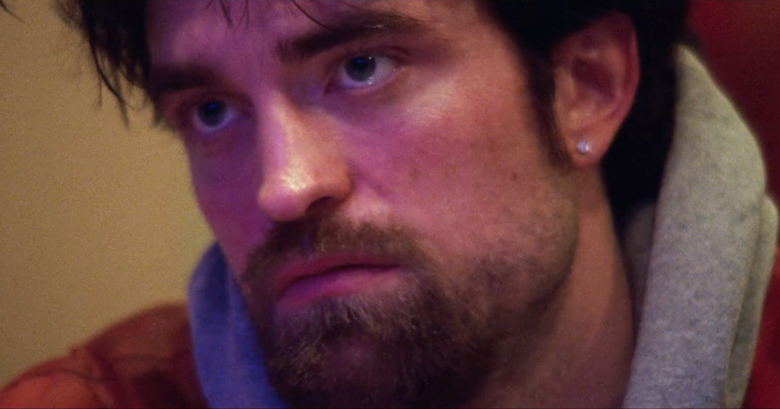 
A hirsute, disheveled Robert Pattinson (Lost City of Z, Cosmopolis, Map to the Stars) registers nicely in a low-budgeter from the Salfdie Bros. - Ben, who co-stars, and Josh, who co-writes.

Good Time is gaudy and reckless from its Big Apple (captured in restive widescreen complemented by a vitalizing score) setting to disentangle a rather taut heist flick where much is doled out by the Salfdies before the credits unspool.

In order to keep Nick from the medical establishment Connie will break him in the risky, yet potentially profitable enterprise. A subsequent staged scheme has the felons cleverly disguised in terms of facial appearance. And, all appears to go well until Nick loses his cool, getting apprehended by authorities again.

The chaos plays out in a kind of nocturnal hallucinogenic glow even with liquid LSD figuring in a calamitous misunderstanding as Nick needs to get bolted out once more. Barkhad Abdi (Eye in the Sky, Captain Phillips) appears as Dash, and Jennifer Jason Leigh (The Hateful Eight) as Connie's questionable significant other.

The title appears to hold true with an eclectic soundtrack part of an adequately mounted production suited to this kind of sordid milieu and hijinks. It's hard not to be embraced by the assiduity of the sibling auteurs and Pattinson in what exudes a canny, even genuine febrile immediacy throughout.