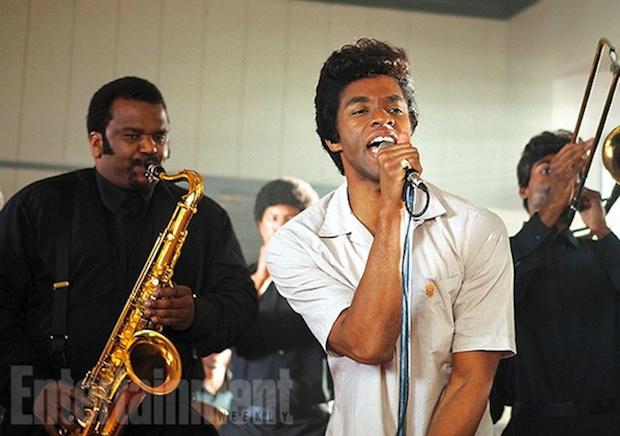 
Being completely disappointed with James Brown biopic Get On Up is an understatement. This could have easily qualified for academy award consideration, if it had simply followed James Brown's life in chronological order. The film jumps from one time period to another so many times it's nearly impossible to follow. What we are left with is a sanitized, homogenized, version of the truth.

With Chadwick Boseman effortlessly channeling James Brown throughout, his amazing performances are swallowed up by trivial nonsense. We are force fed a jumbled mess beyond any logical comprehension. It appears that the best of James Brown was either never filmed, or casually left on the editing room floor.

The screenplay, direction, and film editing were all second rate. Did the producers have any clue as to who James Brown really was ?

Two decades of Brown's life were completely left out. Boseman had James Brown down cold. An Oscar worthy performance in a terrible film. The only other positive was the soundtrack, and even that left out many other great JB tunes.

Get On Up could have been another Ray, or Walk The Line If this movie bombs, those in charge have only themselves to blame. This could have been a contender. I do feel bad for Chadwick Boseman, he was James Brown!